Is Zlatan Inviting Another Trouble After Shading EFCC In New Merch? – See Picture 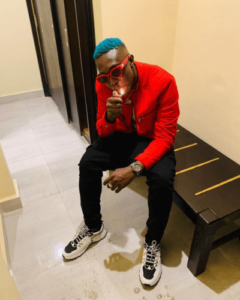 Shortly after the release of his controversial song “4 days in Ekotieeboh”, Zlatan ibile is yet again the topic of discussion and this time he shades the EFCC with a simple message.

In a recent picture, Zlatan wore a shirt that could cause another chaos on the internet. The merch decorated in an anime like form shows Zlatan brutally kicking an EFCC officer’s face.

This merch simply illustrates that the rapper is telling the world that he came out victorious in the fight against the anti-graft agency.

Many fear that this could land the rapper in another mess with the agency as he was released based on administrative reasons. 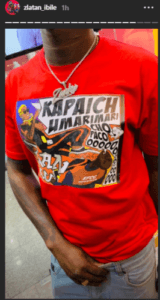 Olaosebikan Olabimpe is a News Writer and Content Creator at Tooxclusive. Her idea of a great day is to be indoors snuggled up with a book and good music. She is also a passionate lover of rap.
Website
Submit your comment
4 total comments on this postSubmit yours
VIDEO OF THE WEEK
Popular Posts