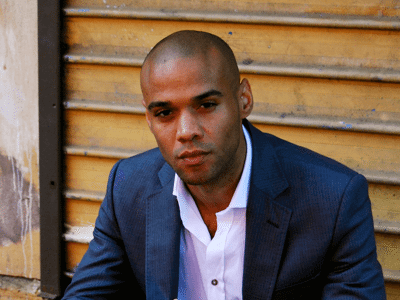 Jay Ghartey is Ghanaian American singer, songwriter, producer. His music smoothly transitions between Pop, R&B, Hip Hop, Highlife and Hiplife; creating a genre of music that is distinctly his own. From his first album “Shining Gold”, Jay has been nominated for 5 Ghana music awards and 8 Ghana music video awards. Jay also recently won the award for “Best New Artist in Africa” at the MOAMA awards.

Born in the U.S , Jay Ghartey moved to Ghana at the age of eight and stayed there for a number of years. It was in Ghana where his grandmother, a famous West African singer taught him the importance of singing with sincerity and from the soul. Six years later Jay Ghartey was back in the states settling in New York singing, freestyling and jamming with musicians, singers and rappers in studios,clubs and lounges. Jay and his brother Joe write, arrange and produce most of his songs. Jay’s Album “Shining Gold” is available for at music stores in Ghana, and online on itunes and most major digital retailers.