Jay-Z Boasts About Being A Top-Tier Playlist Creator, Says He Challenges Anyone 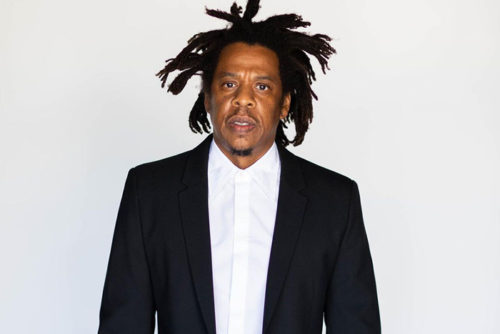 Like every other music lover, Jay-Z thinks that he creates the hottest playlists that are better than everyone else’s.

On Monday, Jay-Z and Twitter CEO, Jack Dorsey took part in a 30-minute conference on Twitter Spaces, where they discussed the evolution of TIDAL over the years.

He said, I think in the beginning, everything was like super manual. I was making playlists, people were making playlists. We were creating content in-house as we worked on the algorithm.

We built and built, and it got really good. And if you play a song now, you can pretty much just let TIDAL fly and I promise you you’re gonna find new music, new amazing music that you’ve never heard before.

I’ve found so many songs, my playlist game is A++. I challenge anyone out there. I see a lot of people on this call, I’m not gonna call out individual names. I’m definitely, you know, in the top-tier of playlist creators.

He spoke more about keeping a human feel to TIDAL despite having the algorithm locked down.

Again, in the beginning, it was a lot of content we were pushing and we did a lot of work with the engineers and now the algorithm has caught up to what we were doing. But we’ll always maintain a human element because that’s where it comes from.

You can’t duplicate the heart and spirit and people that’s in the office working really hard and care what’s going on and know what’s going on in the culture minute by minute. It’s super important to us to interact and have that relationship back and forth.
Back in March, Jay-Z sold the majority stake in the company to Jack Dorsey worth $302 million, after launching the streaming platform in 2015.