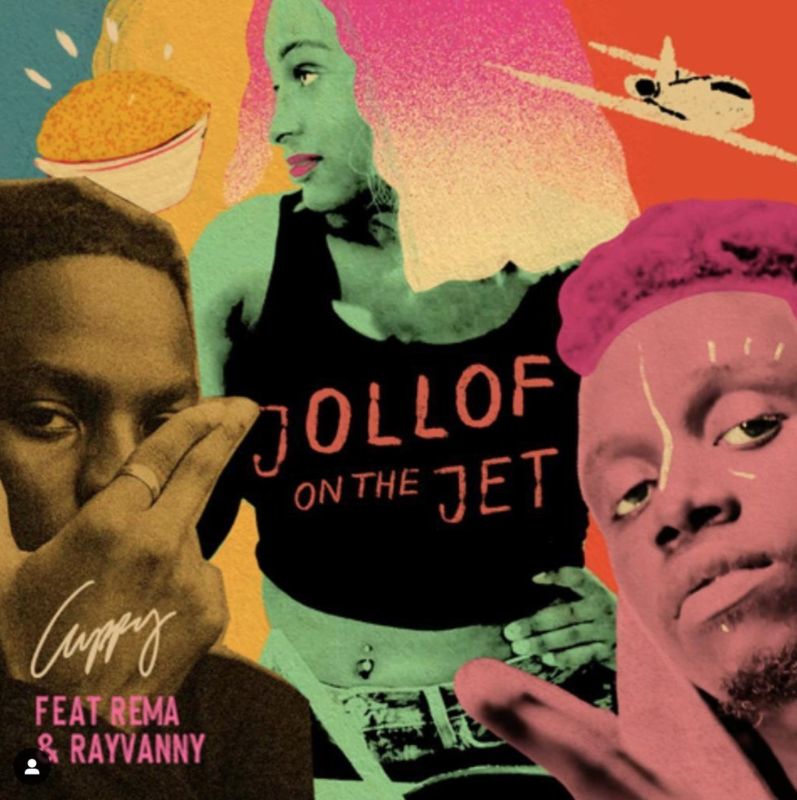 International Disc Jockey, recording artist and producer, Florence Ifeoluwa Otedola popularly known as Cuppy releases her first single of the year 2020 titled; “Jollof On The Jet”. The global performer has announced this as the lead song to her upcoming debut Album ‘Original Copy’. This project has been teased by Cuppy in the past months on her social media platforms, the Cupcakes (her fans) are definitely ready!

This new tantalizing single features Mavin golden boy; Rema alongside Tanzanian superstar, RayVanny. Speaking about her new single, Cuppy says – “Working on this collaboration was so uplifting. Due to social-distancing, we didn’t actually record in the studio together, but the beat encapsulated all of us and I truly believe we have created a delicious masterpiece!”

Produced by Killertunes, this smooth slice of Afro-pop sees Cuppy, Rema and Rayvanny trade verses amidst a relaxed, sunkissed production. Cuppy’s collaboration with two of Africa’s most exciting talents creates a certified banger for lovers of Afrobeats. “Jollof on the Jet” is a feel good song that is easy to interact with especially on social media. Fans have already started to share viral moments and videos while eating rice in Cuppy’s #JollofOnTheJet Challenge. STREAM

Cuppy continues to set the bar high cementing her position as a top Nigerian entertainer. Her new single “Jollof on the Jet” is a sign of things to come, especially with her hotly anticipated debut album, “Original Copy” on the way.