Kizz Daniel is facing heat on social media over his new single “Pak N Go”, which he released alongside “Pah Poh” earlier today.

Although the song general message preaches liberation from abuse and underappreciated lovers, people are calling out the FlyBoy INC. pilot for body and marriage shaming women in the song’s lyrics.

Popular media personality Melody Hassan and lawyer Lola are one of the many that have voiced their concern about the viral song. Check some tweets below.

Does “Pak N Go body shame or marriage women? Weigh in below! 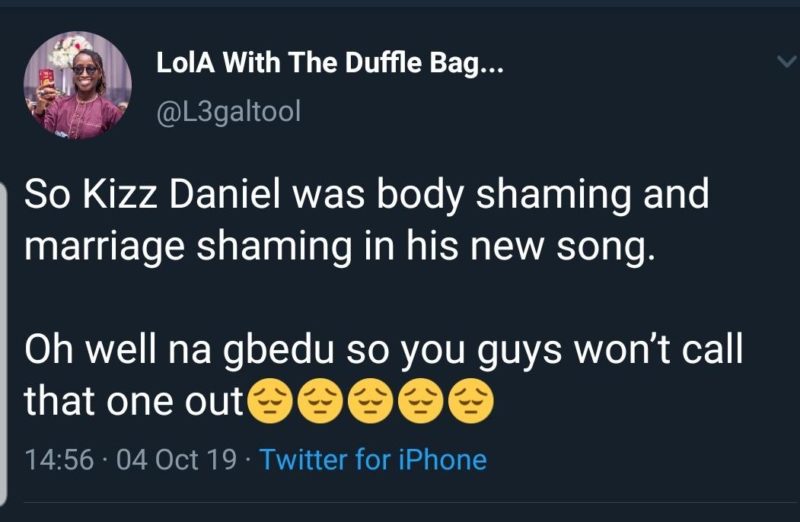 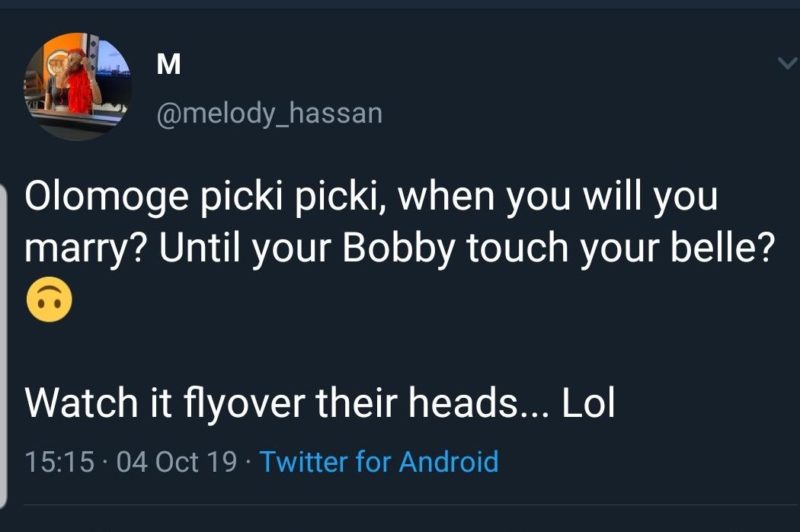 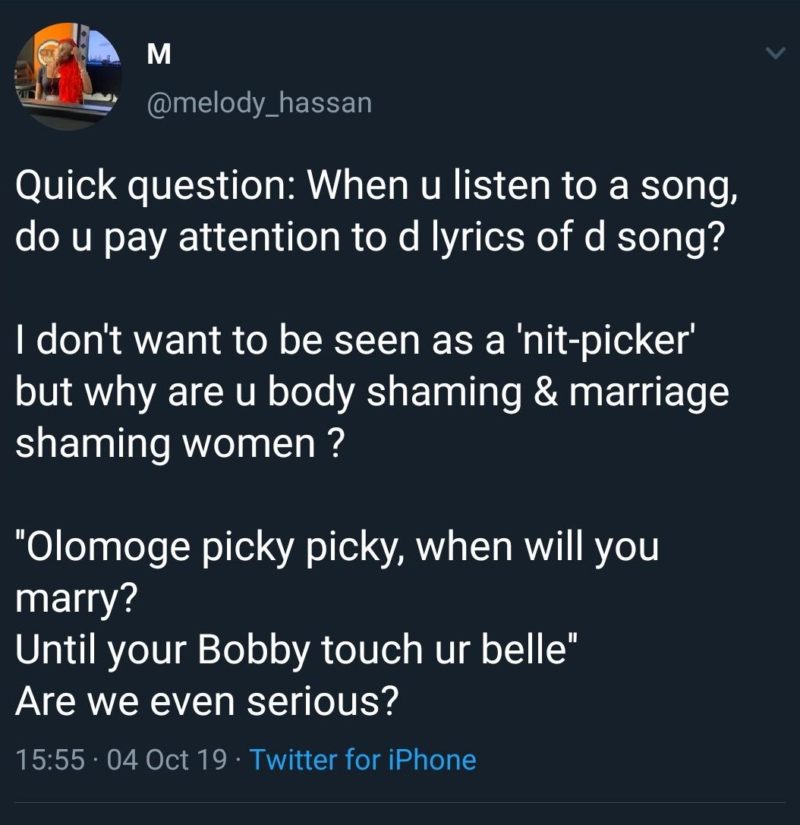 Listen to “Pak N Go” below!