Looku Looku, Dorobucci, Adaobi, Which Is Your Favourite Mavin Record? 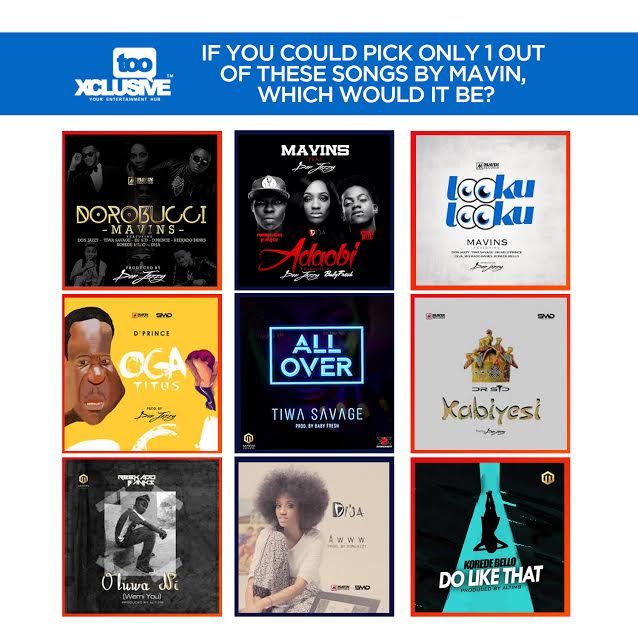 Mavin is 5 today. We wanna say a big thank you to y’all for the support and prayers through the years. You guys have been amazing and we appreciate from the bottom of our hearts. GOD bless us all.

So, if you had to pick just one between, Dorobucci which was released in May 2014, Adaobi also in May 2014 and Looku Looku, reeleased in October 2014, which would it be and why?

Drop your comments below.

Tope Delano, is a creative content writer/editor at tooxclusive.com. She is a graduate of English and Literary studies who enjoys writing and listening to music. When she is not writing or listening to music, you will definitely find her reading or watching a romantic comedy movie
Submit your comment
10 total pingbacks on this post
VIDEO OF THE WEEK