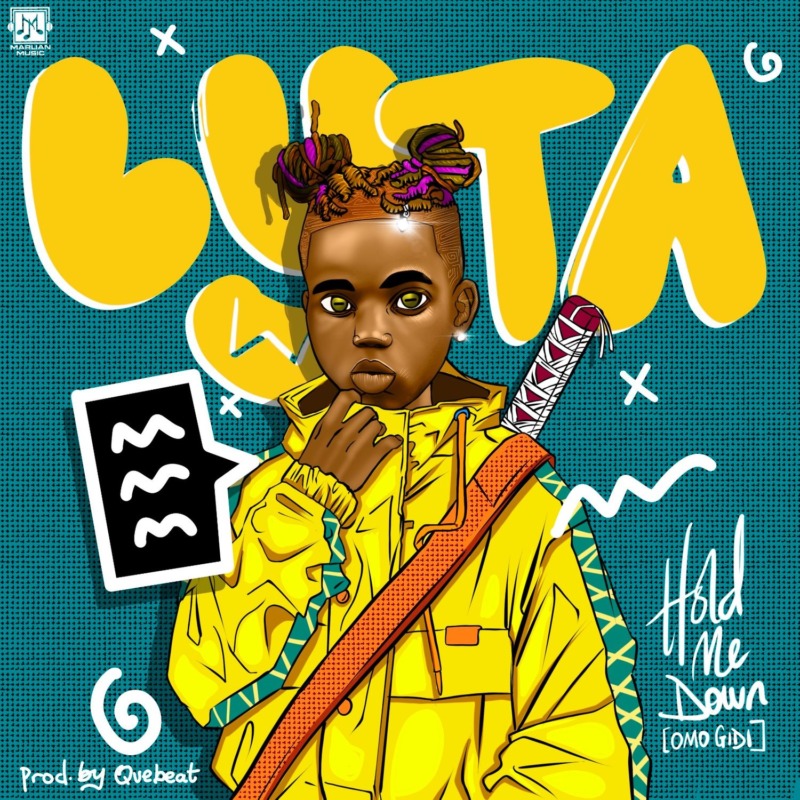 Singing sensation and Marlian Music’s latest signee, Lyta drops his first single under his new home entitled Hold Me Down (Omo Gidi). The young superstar who has been working under the radar for quite a while is now coming with something special to quench this long wait.

Lawal Opeyemi Raimi popularly known by his stage name L-Y-T-A is a Nigerian singer and songwriter. He signed a record deal with YBNL Nation in 2018 but left the label in May 2019. In 2019, Lyta left YBNL Nation, signed a pushing deal with Doro Musik Gang and released the Killer Tunes-produced hit track “Monalisa” on 12 July 2019. Few weeks after the release of “Monalisa”, Davido reached out to Lyta for a possible remix of the buzzing song. Following their agreement, Davido flew Lyta down to Dakar for the remix and video shoot of “Monalisa” which was later released in August, 2019.

So far this year 2020 Lyta has been on the low, we had from him only in the month of May when he released a track for the Islamic fasting period titled “Ramadan” and also “Birthday Wish” later same day to celebrate his Birthday and share his feelings. Weeks back he got in the News with reports that he just welcomed a new child and also the recent signing with Marlian President Naira Marley, done in Naira’s Bedroom.

On this new song Lyta talks about locking your lover down and also gave a special shoutout to his former boss Olamide Baddo (Baba Milliano).

Watch the music video for ‘Hold Me Down’, directed by WG (Wole Genius) Films….

Hello Marlians, Naira Marley honors Lyta Calls as he links up for a new jam - "High Vibration". After the...