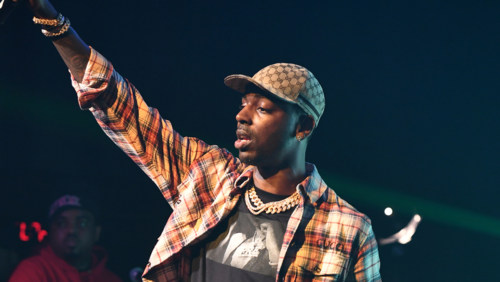 It’s been almost a week since Young Dolph’s bright future got cut short after he got shot dead by some unknown assailants.

We reported last night, November 17th that the rapper was reportedly shot dead at a local cookie shop where he was buying items for his mother. It has been stated that a car pulled up and opened fire on the 36-year-old father.

In a bid to keep his legacy alive, Makeda’s Cookies, the cookies store in which he was shot dead, also doubles as his favorite cookie store has decided to rename his favorite cookie after him and have raised an impressive sum of 334.9 million naira for the shop re-opening.

This was revealed by the operations manager, Raven Winton, who revealed that they will be renaming the rapper’s favorite cookie, the chocolate chip, after him.

That was one thing that Dolph did, [he] use to say when you get off the expressway. He was like, ‘I can smell y’all. I’m getting off the expressway. I had to come in. To know that we’re not going to see that face anymore is I’m trying to hold back tears.

With The Ascent Of Essence, Made In Lagos Grammy Nod & A Billboard Hot 100 Crack; Jada P’s African Music Catalogue is Definitely Unrivalled!

Authorities identified a suspect on Wednesday, 5th January 2022 who’s wanted in connection with the murder of rapper Young Dolph at...

Young Dolph Gets Memphis Street Named In His Honor

With The Ascent Of Essence, Made In Lagos Grammy Nod & A Billboard Hot 100 Crack; Jada P’s African Music Catalogue is Definitely Unrivalled!