Previous: “I’m Known For Knocking Out People Who Disrespect Me The Fvck Out In Real Life” – Burna Boy Blows Hot 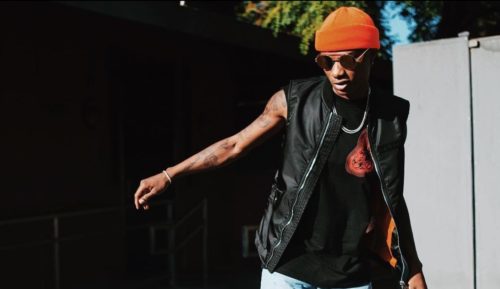 The young man who called out Wizkid in a recent video in Surulere few days back has been caught by the gang leader of the area and severely disciplined.

According to reports, the same young man that released a video threatening to bypass Wizkid’s music in Surulere trailed the singer to his sister’s place when he visited the area today asking for money and that was where he was apprehended.

After being caught, he was taken to a specific place in the area where he was stripped half-naked and severely beaten.

He was also asked to publicly apologise to Wizkid and also sing his praises while he gets the whip.

It must have been a torrid moment for the young man and a lesson for other people to always mind their businesses and not look for troubles with whoever is more powerful than them.

If what has been done to the young man is lawful is another topic?

But let’s keep our arms folded as we watch out the turn out of events as a result of this video in the coming days.

“Man Who Threatened To Boycott Wizkid’s Songs In Surulere Severely Beaten & Humiliated | Watch Video”, 5 out of 5 based on 1 ratings.