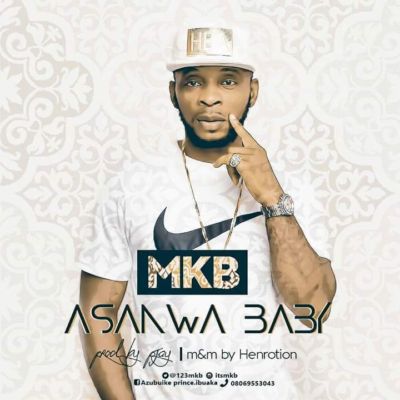 Prince Azubuike Ibuaka, with stage name *MKB* hails from Utchi in Delta State. He is a R & B, Afro Hip Pop sensational multi-talented singer, a creative performer, an entertainer and song writer based in Lagos. He is known for his rich, sonorous and melodious voice.

His stage craft is highly entertaining as he won the Naija FM 102.7 fresh talent show in 2013 and has progressively worked with known artists like Pjay, Pepenazi, Henrotion, ICEE, Macherie etc.

*Asanwa Baby* is a fusion of Afro and techno beat and highlife, produced by Pjay and mixed and mastered by Henrotion.