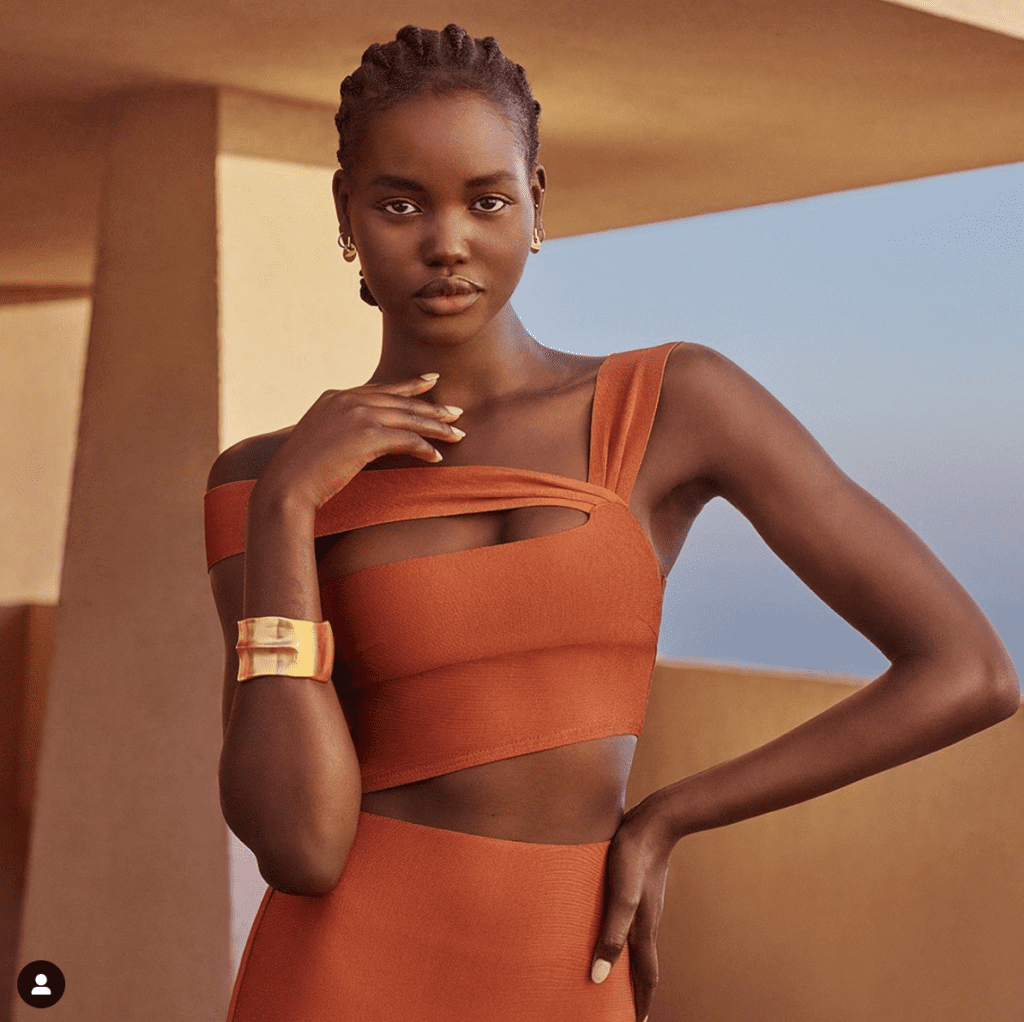 It’s over for Runtown and his fiancée, Adut Akech.

The Sudanese model confirmed their split during a Question and Answer session on her IG story. A fan asked her if she was single as the rumors of their break up was on Twitter.

Adut Akech replied to the fan that she is single and ready to mingle. She made it known that herself and Runtown were no longer an item and they have ended their 13 month relationship.

She didn’t disclose when they ended their relationship or what led to their break up, but made it clear she’s ready to love again. 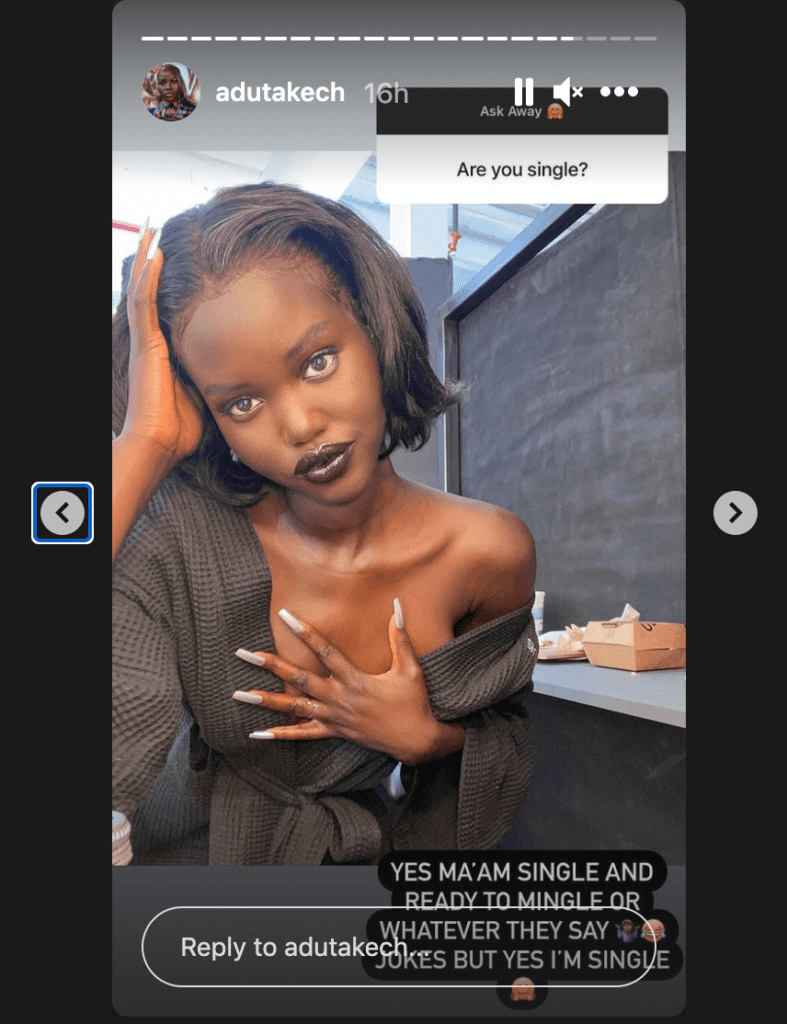 Recall in 2020, the now exes sparked relationship rumors after they were caught kissing. Few days later, Adut was spotted wearing a ring with a huge rock suspected to be her engagement ring.