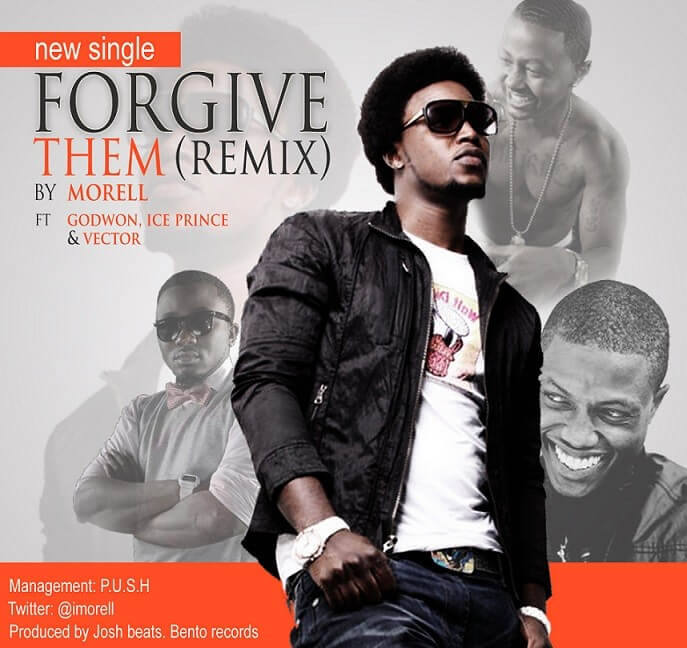 We introduced Morell some months back with two singles Oxygen & Forgive Them .Now he is back with a monster remix of forgive them along side Naijas top rappers of the new generation Vector ,Ice Prince and Godwon .Listen to this ill Mc’s bring the heat down on this remix with sick Bars after sick bars ,punchlines on punchlines all through ..

Listen and enjoy ..I think Vector Got this one locked down ..what do you think?