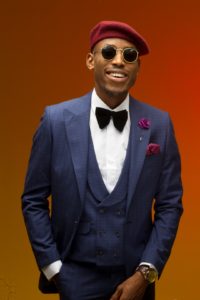 ‘Banging’ is the lead single off the singer’s recently released ‘ELEVATED’ album and it has since traveled as far as the United Kingdom where it debuted at the 18th slot on the country’s Top 20 Urban Club Chart.

The singer who recently rounded up his UK media tour is expected to return to the country to conclude plans for his ‘Elevated Concert’ which is scheduled to hold on June 17 at Aztech Arcum, Stadium Road, Port Harcourt. The concert is expected to bring him closer to his native fans.

According to LIB, The Top 20 UK Urban Club Chart is a weekly compilation of the most played songs across various clubs in the UK from the previous week. It is also rated as the UK’s version of Bill Board Charts.

14. “Pray For Me” – The Weeknd & Kendrick Lamar (Interscope/Republic/XO