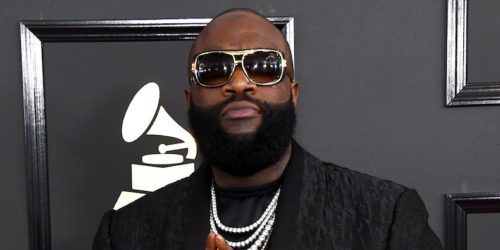 Mr Eazi has revealed American rapper and Maybach Music boss, Rick Ross, would be joining him at his Detty Rave concert this December in Ghana.

The “Lagos To London” artiste who already had a star-studded line-up confirmed on his Twitter page yesterday that Rick Ross would be present at the show to give present crowd a show of their lives. He wrote; “Confirmed!! Rick Ross will be joining us at Detty Rave 27th December , at our new rave site in Spintex, Accra Ghana!!”

If it eventually happens, it definitely would go down in history in Ghana as it probably would be the first time a local artiste would single-handedly bring down an international superstar to a concert of his in Ghana.

Confirmed!! Rick Ross will be joining us at Detty Rave 27th December , at our new rave site in Spintex, Accra Ghana!! https://t.co/AwaqzyTcgJ

“Mr Eazi Reveals Rick Ross Would be Performing At His Detty Rave Concert In Ghana This December”, 5 out of 5 based on 1 ratings.