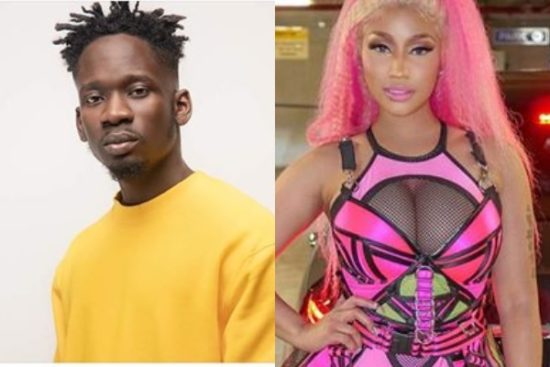 Mr Eazi has teased fans with a snippet of his forthcoming track with American rapper, Nicki Minaj and J Balvin.

Mr Eazi made the news yesterday when he was featured alongside Davido and Tiwa Savage on the May edition of the Billboard Magazine. Billboard hinted in the interview with the three singers that the Banku singer had a collaboration with the American rapper and J Balvin that would be released soon. “Mr Eazi, who last year made his Coachella debut and toured with J Balvin, is also preparing an upcoming EP as well as a collaboration with Major Lazer and Nicki Minaj.

Mr Eazi confirmed this again on Twitter but didn’t mention the title of the song and its release date. However, during an Instagram live session, the music boss played Nicki Minaj‘s part on the song, and fans are super excited for its release. The track is also off his forthcoming EP expected to be released later this year.

.@MrEazi shares a snippet of his new collaboration with @NickiMinaj, which will be featured on his upcoming EP coming out soon.