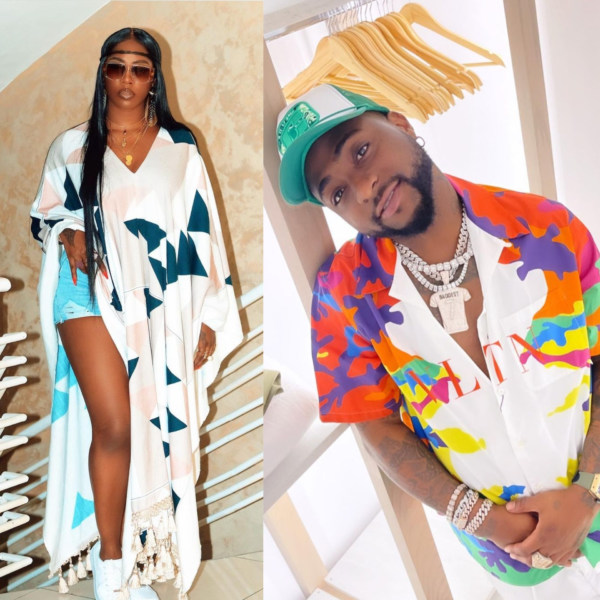 Shortly after spending #140,000 million on Patek Philippe watch, Davido ran into Tiwa Savage at Benny’s Jewelry Store. As seen in the videos, Tiwa Savage was more than happy to have run into a familiar face.

In Davido’s signature hype, he called Tiwa a Queen and asked Benny to treat her like one. Davido generously shared the videos of Tiwa’s beautiful iced wrist on his IG story. On Tiwa’s left wrist, an Audemars Piguet Royal Oak watch worth $56,995 and three-tone diamond-encrusted bracelets were on full display.

Tiwa confessed that she might have spent out of Jam Jam’s school fees to adorn her wrist. As a loyal friend and future father in law, Davido told her not to worry about money, that he got her covered. According to him, his first daughter, Imade and Jamil are the best of friends and fortunately, attend the same school.