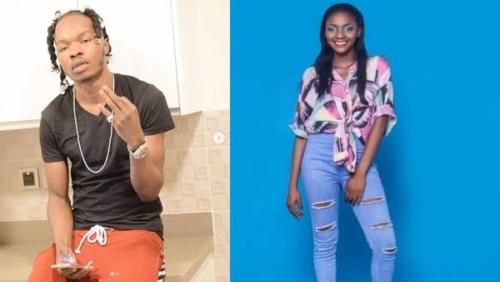 The music industry in 2019 has really not been popular for the amazing music and exceptional musical showmanship it has produced rather it has been the “talk of the town” as a result of the non-stopping beef it continues to witness amongst its very own music artistes.

The singer last week revealed if only people have a proper understanding of slavery, then they would understand “Yahoo Yahoo” is not a crime.

The singer is however once again in the news again on the 2nd day of this new week on a similar matter. The singer made a post on his Instagram handle which suggests he was snubbed and given some negative attitude by Simi after they both met at an event in Lagos probably.

Naira Marley suggested her ‘attitude’ to him could be as a result of what he wrote on social media about “Yahoo.” He added that he isn’t an internet fraudster so why did Simi give to him negative energy.

He wrote; “I saw you at the homecoming last night, you look sad and upset…why? Am i a yahoo boy?

Few days after enlightening her on ‘Yahoo’, #NairaMarley wants to know why #Simi refused to be happy when she saw him