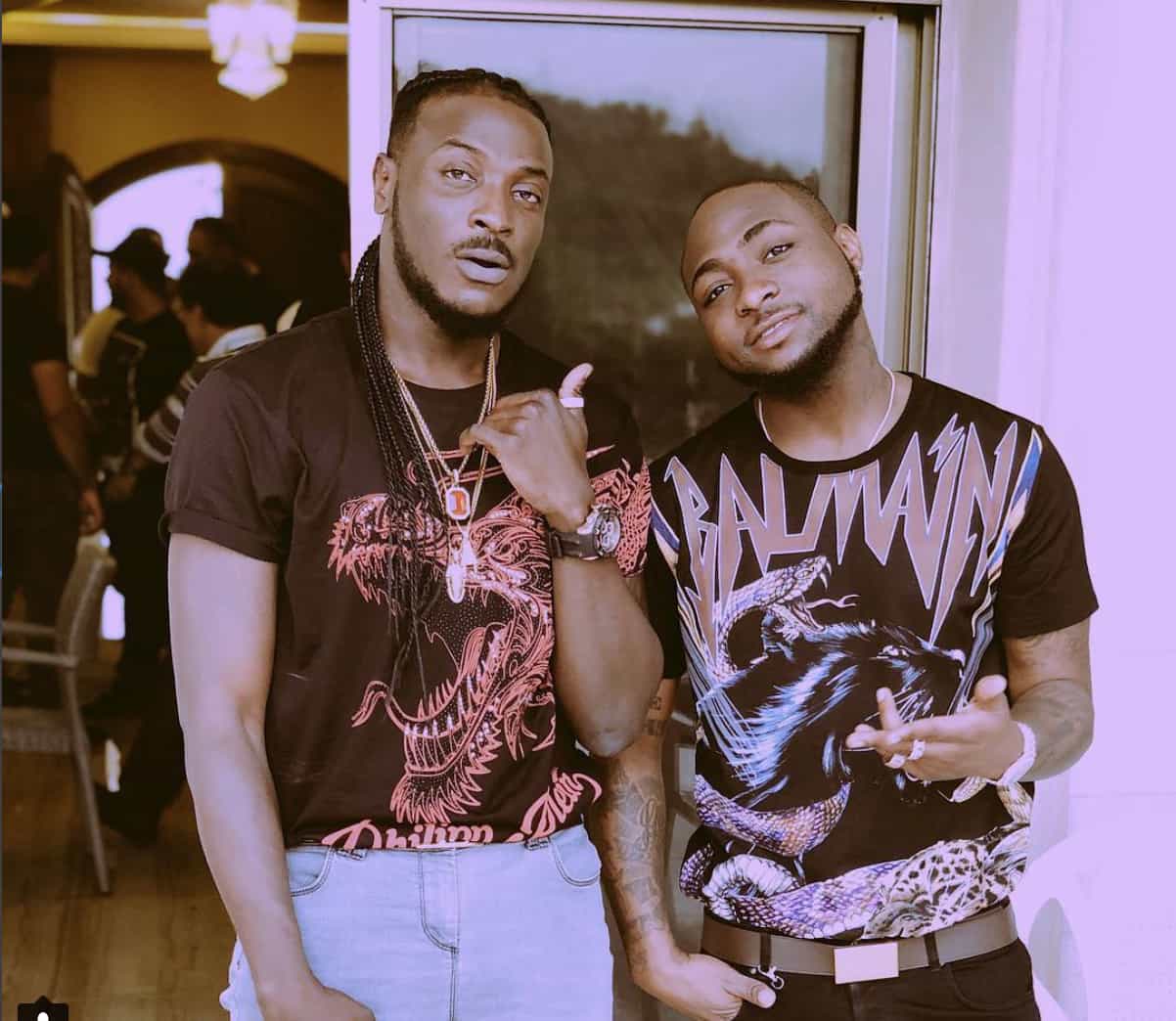 There seems to be an impending trouble brewing in the DMW camp over one of its artistes, Peruzzi. This was sparked off when label boss Davido attacked his business partner on the Peruzzi deal, Patrick Anyaene of GoldenBoy Entertainment. The deal between Davido Music Worldwide and GoldenBoy Entertainment was said to be a joint deal, as all Peruzzi’s released material post signing carry both companies logos as well as his official social media pages.

Not one to take such lightly, Davido had replied almost instantly saying;

@kingpatrickgb sorry my woman can’t drive yet.. plus she hates the attention and only uses my driver when she really needs to use the car and I haven’t had time to teach her to drive.. but maybe a driver will do.. u can apply

Patrick then went on his Instastory to blast both Davido and Peruzzi accusing the former of lying about acquiring a private jet and also boasting that he (Davido) would have not had a hit song if not for him, most likely referring to “Fia”, “Flora My Flawa” etc. which were rumoured to be penned by Peruzzi. It should also be noted that Peruzzi caught the attention of Davido from his LK Kuddy assisted single “For Your Pocket” released on GoldenBoy Ent.; before he featured on the remix of said song and welcomed Peruzzi into his camp. We know we have not heard the last of this as this story is in the early stages and still developing! 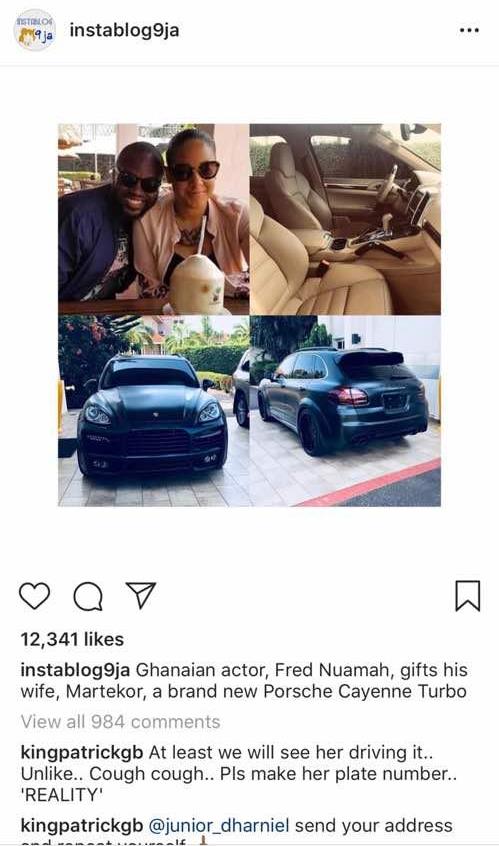 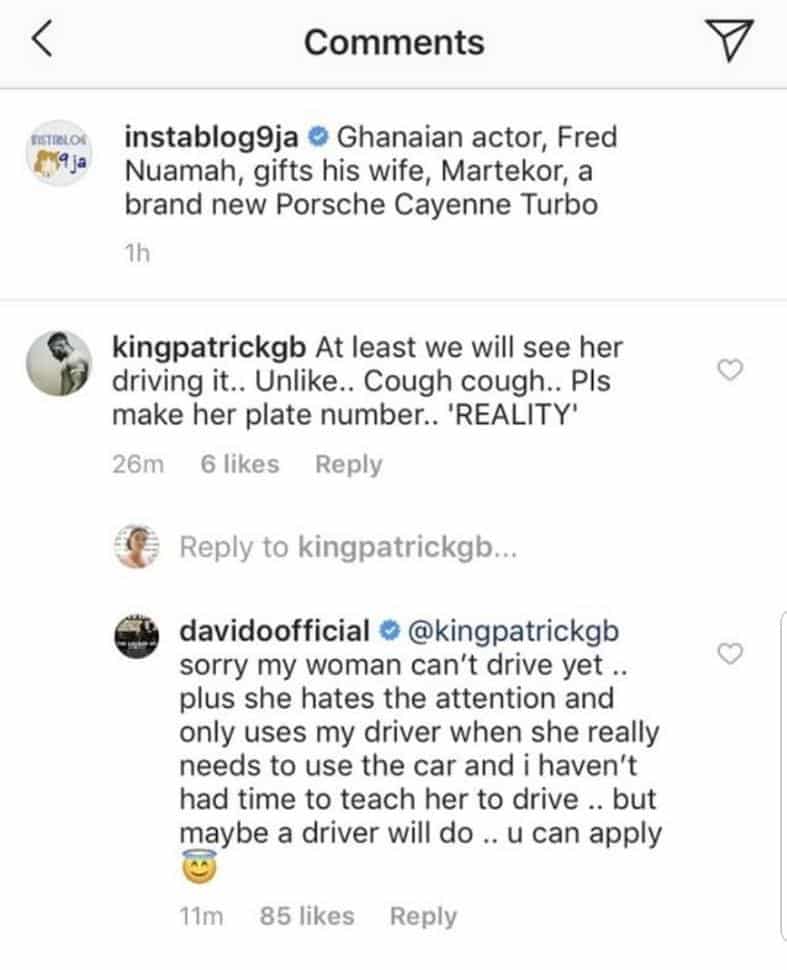 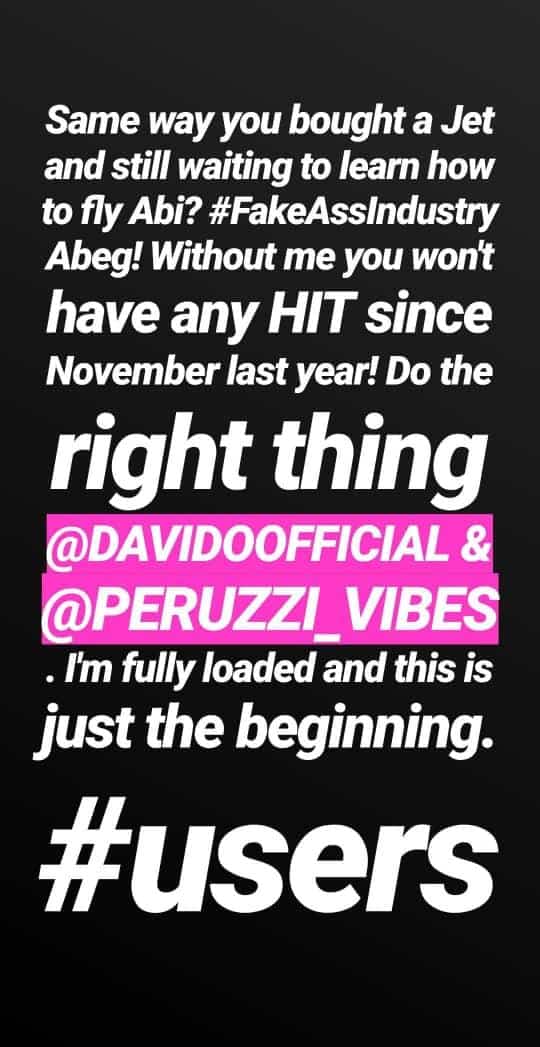