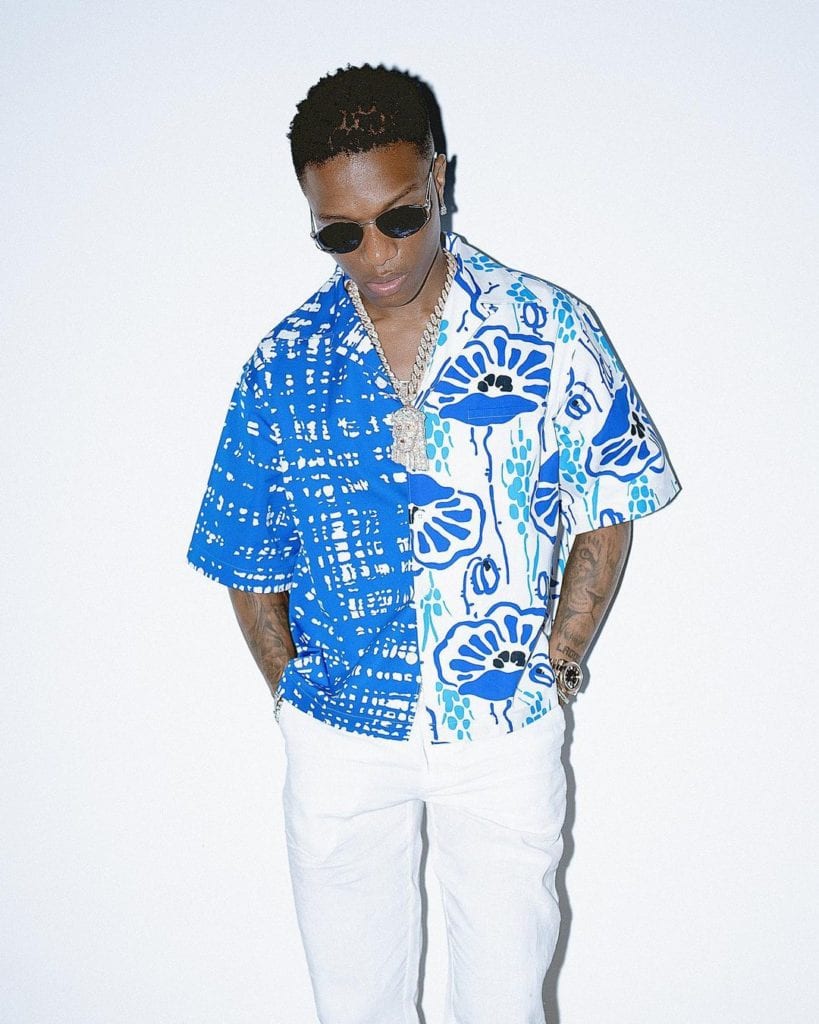 Wizkid and his fan base came under fire after O2 UK confirmed Wizkid never sold out his concert tickets.

You would recall how Wizkid’s FC hopped on Instagram and Twitter to brag about Wizkid selling out the iconic auditorium in London twice in a row.

They claimed the tickets for his Made in Lagos tour at the 02 hall in London sold out hours after it was posted on the website. As expected, they threw shades at other artists reorienting them on why Wizkid is Big Wiz.

However, O2 UK just confirmed that Wizkid never sold out the hall and tickets are very much available. This confirmation came after Media Personality, Ayo Shonaiya went on Twitter to lament over his daughter spending an hour trying to get the concert tickets only to be told it was sold out.

02 responded that the concert tickets are not sold out like Wizkid and his fanbase claims. The handler of the account reassured Ayo Shonaiya that they will look into the issue and find out why his daughter was unable to get the tickets. 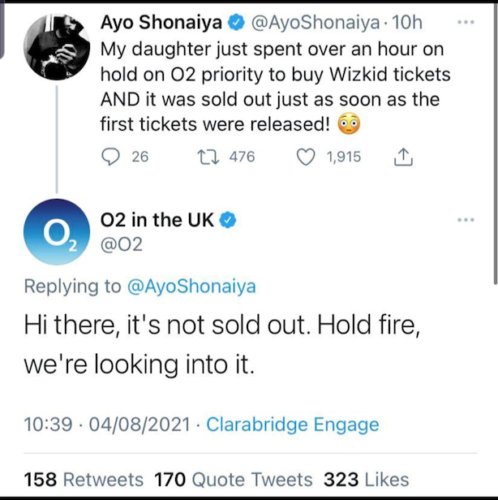