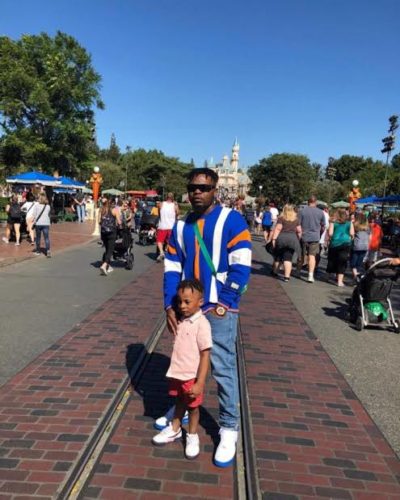 Olamide’s first son, Batifeori Maximilliano Adedeji is a year older and his father has showered him with sweet words.

The YBNL rapper and his wife Adebukunmi Aisha Suleiman welcomed Batifeori on Friday, 30th of January ,2014 He was delivered at St. Ives Hospital in Ikeja. “Mercy said no, never gonna let you go. Never gonna let you walk away, you don’t have to be afraid, mercy said no. Got you boy New signee #YBNL Batifeori Maximilliano Adedeji” wrote Olamide to announce the birth of his son.

The adorable young man is 5 years today and his parents can’t keep calm. The proud father took to the gram to share a photo of himself with his adorable son and beautiful wife having a swell time at his birthday party. He wrote,  World Milly Day  5alive inside life.

“Olamide Gushes Over First Son, Batifeori Maximilliano As He Celebrates 5th Birthday”, 3 out of 5 based on 9 ratings.