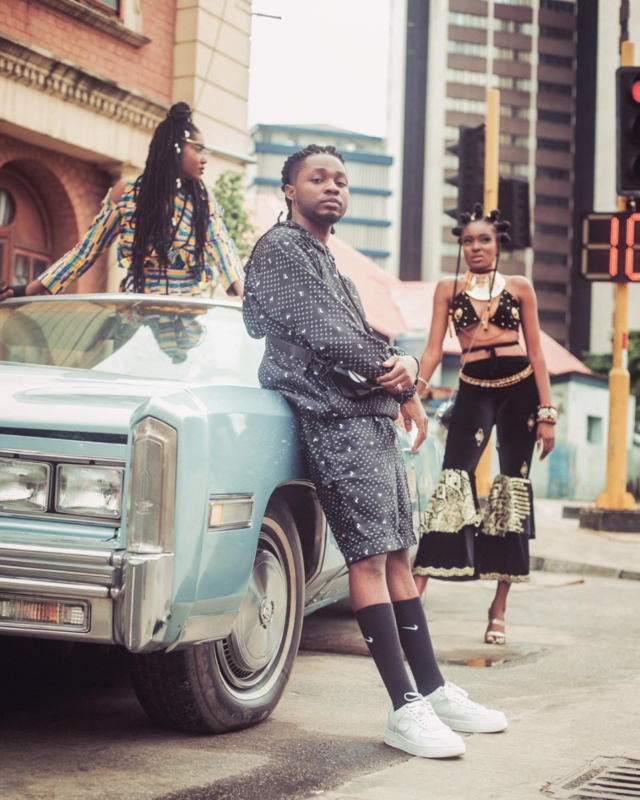 “Lo Lo Video“…. Off his buzzing debut EP Omah Lay releases the official music video for the track ‘Lo Lo Lo‘. The video is a follow up to his first visuals for the hit track ‘YOU‘ which was released in March before his debut EP ‘Get Layd‘ in May. OmahLay our spotlight for the month of July and Apple Music’s debut featured artiste for the program ‘Discover African Music Talents‘ shows no sign of relenting as he set off the second half of 2020.

The ‘Get Layd‘ EP combines a range of sonic influences, predominantly pop, RnB, reggae, and trap in a fusion that’s not entirely new, but feels refreshing regardless. Evidence of pop influence is seen on “Lo Lo” where the texture of the singing brings some Afro infectious vibe.

“LO LO” is Highlife-infused Afrobeat song that shows his Port Harcourt influence and his ability to be versatile. His vocals are one of his prominent skills and he showed that he has a way of captivating the listener with his voice… On the song he wants to show his lady of interest some good love that would take away sorrows. And also make her appreciative. GET AUDIO

Go tell all your friends, I love them too!
I look nice but i’m not so so good!
I gat something, i just want to prove!
Can you get yourself inside my room?…. Check out the Lyrics Here

This track recently got a big nods from fans after they had digested the singles; ‘You’, ‘Bad Influence‘ and ‘Damn‘. To appreciate fans for the love shown Omah Lay serves us with a visual.

The music video directed by Dammy Twitch portrays African culture. He was detailed about the African hair styles and fashion sense. Watch and Enjoy below

‘Free My Mind’ Shows Omah Lay Understands The Needs of His Audience, Especially The Gen Z