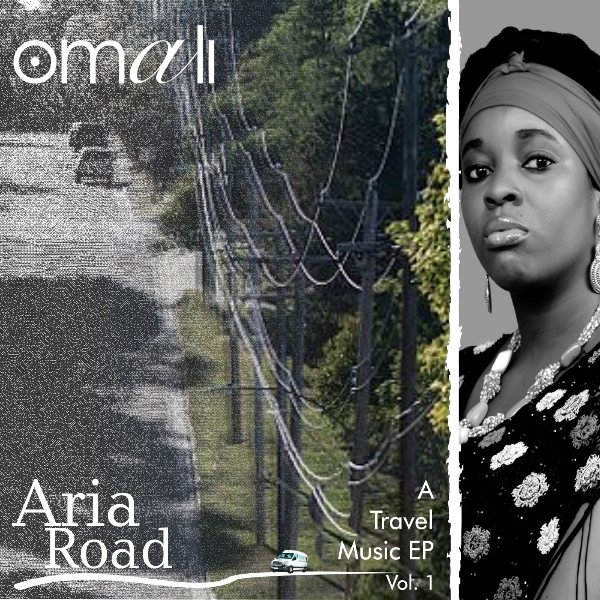 In a set of 6 songs written to soothe the senses and awaken the ideal travel experience in a commuter’s mind, vocalist, songwriter and performer, Omali presents Aria Road (Vol. 1).

Aptly described as the Travel Music EP, Aria Road (Vol. 1) is themed around travel, life on the road, touring and adventure with re-assuring and positive messages for the listener.

Omali has kept her growing cult-like following in anticipation for eons over her impending album, Love Hostess.

With songs like Kulie Dide featuring 9ice, Palava and My Shakara or even officially unreleased Falling Roses of which the snippet used as published on her ReverbNation for EbonyLife TV‘s Dowry, these are testament to something special musically emerging from this afro/world fusion musician.

However, this 6-track EP, Aria Road; a preamble to whet fan base appetite explores a novel fusion format where Ariaria music takes center-stage but some Jazz, R&B, Soft rock and contemporary Nigerian music integrated into it in complementing fashion.

Albeit the Aba market Ariaria gospel music movement which inspired Omali to create this conscious body of work is known for its core South Eastern origins, this EP has its songs written not just in Igbo, English but also in Pidgin English and even some Yoruba and Hausa. The talents of rapid fire lyricist K-Large and highlife/alternative musician Descrow Mbarga are contracted to flavour up the EP on such songs as “Amandi” and “Say Yay” respectively.

Aria Road is so named, as the real life location is inspiration with its beautiful hilly landscape where she grew up in Enugu; it holds many powerful memories inclusive of the discovery of her musical talents, her skills formation years and from where she was pulled out to the world.

Listen to other songs in the EP

Get the EP on iTunes/Apple Music

Connect with Omali via:

“If My Money Finish I Know Where I Dey Go” -Davido Reveals His Financial Backup Plan, Advises Men To Get Theirs

Afro-rap royal and KKTBM resident 'Yung6ix' presents the visuals for his critical acclaimed single "First Class". Yung6ix wows with the...

"If My Money Finish I Know Where I Dey Go" -Davido Reveals His Financial Backup Plan, Advises Men To Get Theirs