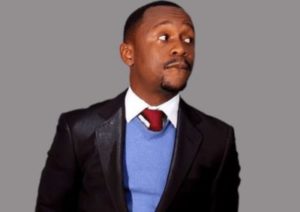 Comedian, Ushbebe condemned DJ and daughter of billionaire, Femi Otedola, DJ Cuppy, at his recently held concert in Lagos. The comedian talked down her disc jockeying skill by saying ‘that Otedola no sabi play nothing.’

He went on to say DJ Cuppy is wack, and the moment when he uttered the statement, which was captured on video has started to trend online.