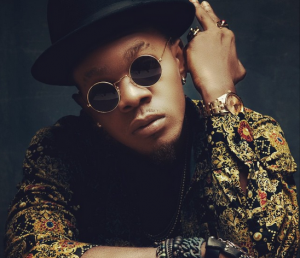 Fast rising Nigerian dancehall star Patoranking who broke into the limelight with his 2013 hit single, ‘Alubarika’,  is set to release his debut studio album this 2015. The Foston Musik act who recently signed a deal with VP Records (the biggest reggae record label) , revealed to MTV Base that plans have been put in place to ensure the release of his album later in the year.

Patoranking, who made the MTV Base Artiste of the Month disclosed in a Twitter interview that he wishes to feature International reggae artistes like Beenie man and Sean Paul. He undoubtedly made thousands of fans happy when he revealed that reigning queen of dancehall in Nigeria Cynthia Morgan, will be featured on his album.

The singer who revealed that he was once a “rat killer” seller at the last Headies where he won the Next Rated category, has also made it known that he would have been a criminal if not for music: “The slum is not a place that gives many options”. “There, it was either you make it the right way or the crime way but I chose music and it has worked for me”, he said.

“Patoranking Set to Release Debut Album + a Cynthia Morgan Collaboration”, 5 out of 5 based on 1 ratings.