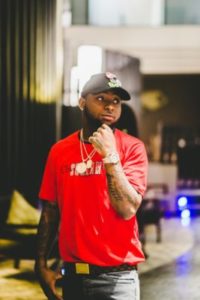 Apparently, Davido planned to herald a wave of reconciliation and reunion across the music industry with his 30 Billion concert. The singer had initially led the line with his shocking appearance at the concert of his reported rival, Wizkid. The two singers shared the stage in a performance that is credited to have started the trend of reconciliation in the industry, in recent times.

Following the reconciliation of the two music heavyweights, Davido pulled a major surprise with the reunion of Mo’hits at his recently concluded concert and he inspired the beautiful memories of seeing the likes of Don Jazzy, D’Banj, Wande Coal, Dr SID on the same stage, performing some of their hit records.

The experience seems to have delighted Nigerians and several social media users expressed their wish to have seen the P-Square brothers perform together at the event, to cap the trend of reconciliation. Davido however revealed via a post on Snap Chat, that he made an attempt to have the twin brothers perform at the event but one of the brothers (Paul Okoye aka Rudeboy) was already booked for a show on the same date, making it impossible for him to be present at the event. The other half of the twin, Peter Okoye was however present at Davido’s 30 Billion concert. Davido went on to assure the fans that there is no beef between the brothers.

“Let us preach unity, Psquare were ready to perform but one of them Paul was not present but Peter Okoye was at the show.

“He already had a show which made it impossible for them to perform alongside Mo’hits crew.

“Both guys are lovely guys trust me there is no problem.”