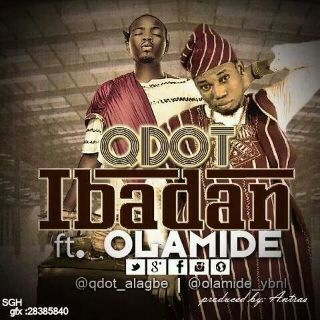 Qdot as been away for a while working on new material. He teams up with YBNL emperor Olamide on his single title “Ibadan”, the song is just like his previous release “Alomo Meta” and has the potential of becoming a hit single.