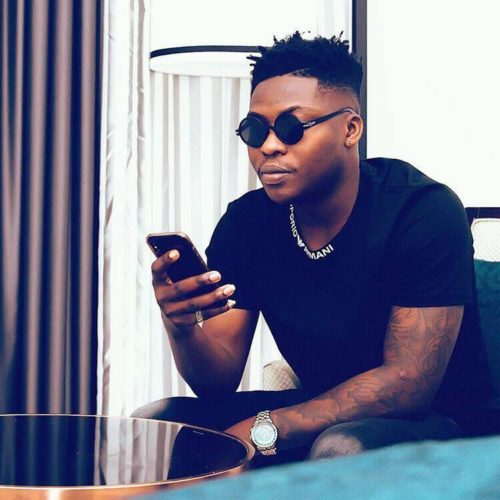 Reekado Banks has sacked his manager, Temi Solomon, who happens to be his elder brother.

The singer made this revelation while having an interview with Cool FM. Reekado revealed his decision was based on a professional and tactical factor. He reveals he is becoming a bigger artiste and an act who is looking to get to the next level of his career, therefore, he needs someone who is experienced and a facilitator that could make his dreams come true. He said; “It was just next level dealings. I wanted to get somewhere else, the vision became alot farther, like I saw farther than I used to see and I just needed somebody that’ll see as much, most especially someone that’s been there with other people (artistes) but me and my brother are cool.”

This decision hasn’t come as a surprise to many music followers as Reekado’s music career hasn’t been flourishing like it used to. It is believed that his exit from Don Jazzy’s record label has played a major role in that as he has lost professional guidance, a huge reason why he has sacked his elder brother and resulted to hiring someone who is more experienced. It is now believed that Reekado Banks would now be managed by Davido’s former manager; Kamal Ajiboye who is the owner of Twenty20media.

“Reekado Banks Fires Elder Brother As His Manager, Appoints Davido’s Former Manager”, 5 out of 5 based on 5 ratings.