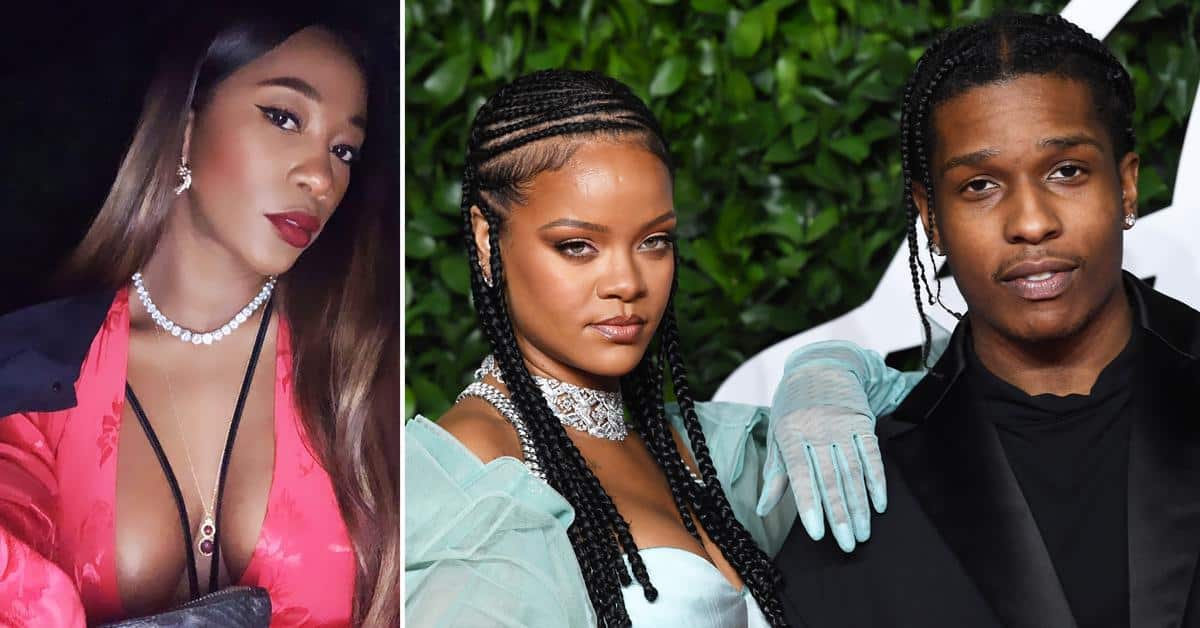 Rihanna’s childhood BFF, Melissa has said that she is not responsible for confirming her fiend’s pregnancy rumors.

Last night, we did report that Rihanna is expecting her 1st child with her longtime boyfriend, A$Ap Rocky. Now the internet has it that Melissa liked one of the posts, suggesting that she confirmed it.

Information that Barbados had cut ties with the British and would no longer be under the Queen, broke yesterday.

They have a new president and during an official ceremony, Rihanna has bestowed the honor of becoming her home country’s 11th official National Hero. Photos released during the event got zoomed into and it was revealed that Riri has a little baby bump going on, as it became visible in her dress.

Neither artist has hinted at becoming parents, but like many social media rumors, the gossip quickly spread. 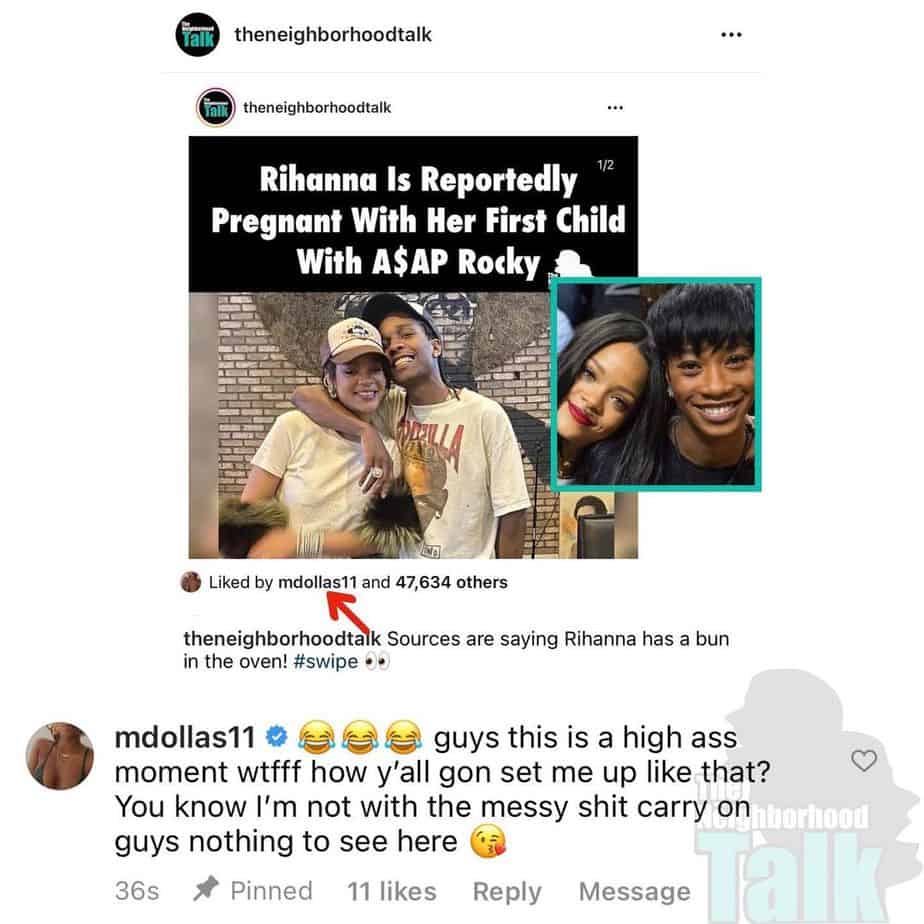