Rudeboy Is A Bigger Asset Than Mr P – “Take It”… Another Hit! 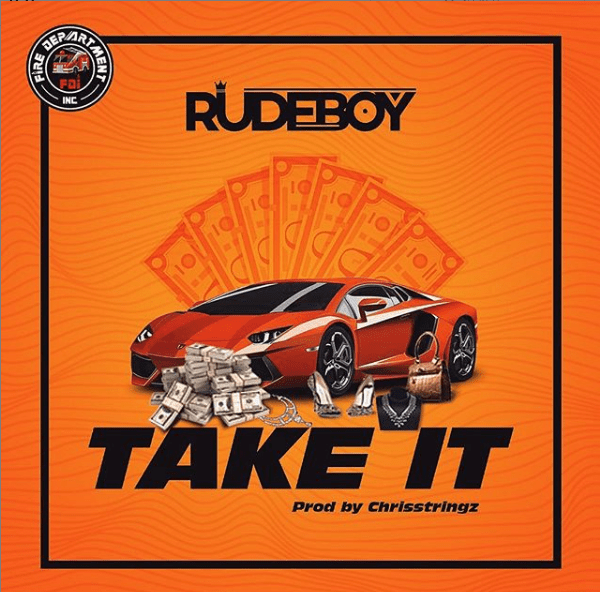 One half of the defunct music duo, Rudeboy (Paul of P-square) dropped a new single just last week and its a bomb! This new explosive is titled “Take It” and everyone is already feeling the heat from his Fire Department. Rudeboy entertains us with his pon pon sound yet again, just like he did last year with ‘Reason With Me‘ which was one of the biggest songs of 2019.

“Take It” is a song that talks about Rudeboy’s generous love to his lady. Loving his woman with all want he got, handling over the two most important things in a man’s life (i.e Money and Heart) to her. Rudeboy starts the song first by admiring and acknowledging his woman’s body shape and beauty… Firstly we all known these are the two things in a lady that attracts a man and make him fall (some turn mumu), Guess that why the next that came to Rudeboy’s head was to tell her; “If You Want My Money, Take It, Oh Baby Take It oh..” then later rendering his Heart also just to own her finally.

On the first verse of this song, King Rudy recognise most previous home/marriage/relationships breaks/collapse cos of some careless and he is not ready to let that happen so he implores his lady not to beg any man for anything because he is ready to give her whatever she wants be it money or love making, steady just to please her. Also he is a Jealous type so he doesn’t want to get hurt. Rudeboy in the second verse pledge the more to take good care of his lady, this time around with money emphasising on spoiling her with money is all that matters (This part brings back the memories of P-square’s ‘Chop My Money’ song).

The structure of this song ‘Take It‘ proved yet again that Paul of P-square is a fantastic songwriter than his twin brother, Peter (KingRudy Is Music Himself). He was the brain and mastermind behind most of P-square’s hit songs back then. Also the arrangement of the song; Chorus, Verses and bridges are just perfect. This a song that will always stay on Repeat and won’t bore/dull you.

Rudeboy has proven his talent and capacity last year with ‘Reason With Me’, this new one is to shut those that still feels they can match him up with Mr P… Peter (Mr P) is a no match to Paul (Rudeboy), as a matter of fact i think its a disrespect to kingRudy’s name pairing Mr P with him for who is better at music.

If You Disagree To This Fact and Feel Mr P is still the best from the music duo, You can share your thoughts below and for those that Agrees with the above statement/fact second (stand with) the article/fact also indicate in the comment section below and lets settle this once and for all.