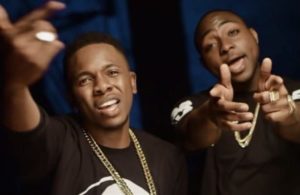 From the scenes in the clip of the session, Joey seemed to get the support of majority of the other panelists that indeed, Runtown’s hit song created the framework for the success of the two DMW acts. By implying that Runtown’s Mad Over You laid the groundwork for the successes of Davido and Mayorkun, Joey seems to be referring to the similarities in the sounds of the DMW acts’ music and the earlier released Mad Over You. It is widely believed that Davido’s hit songs like If, fall, fia are chips off the Mad Over You ‘ponponpon’ sound.