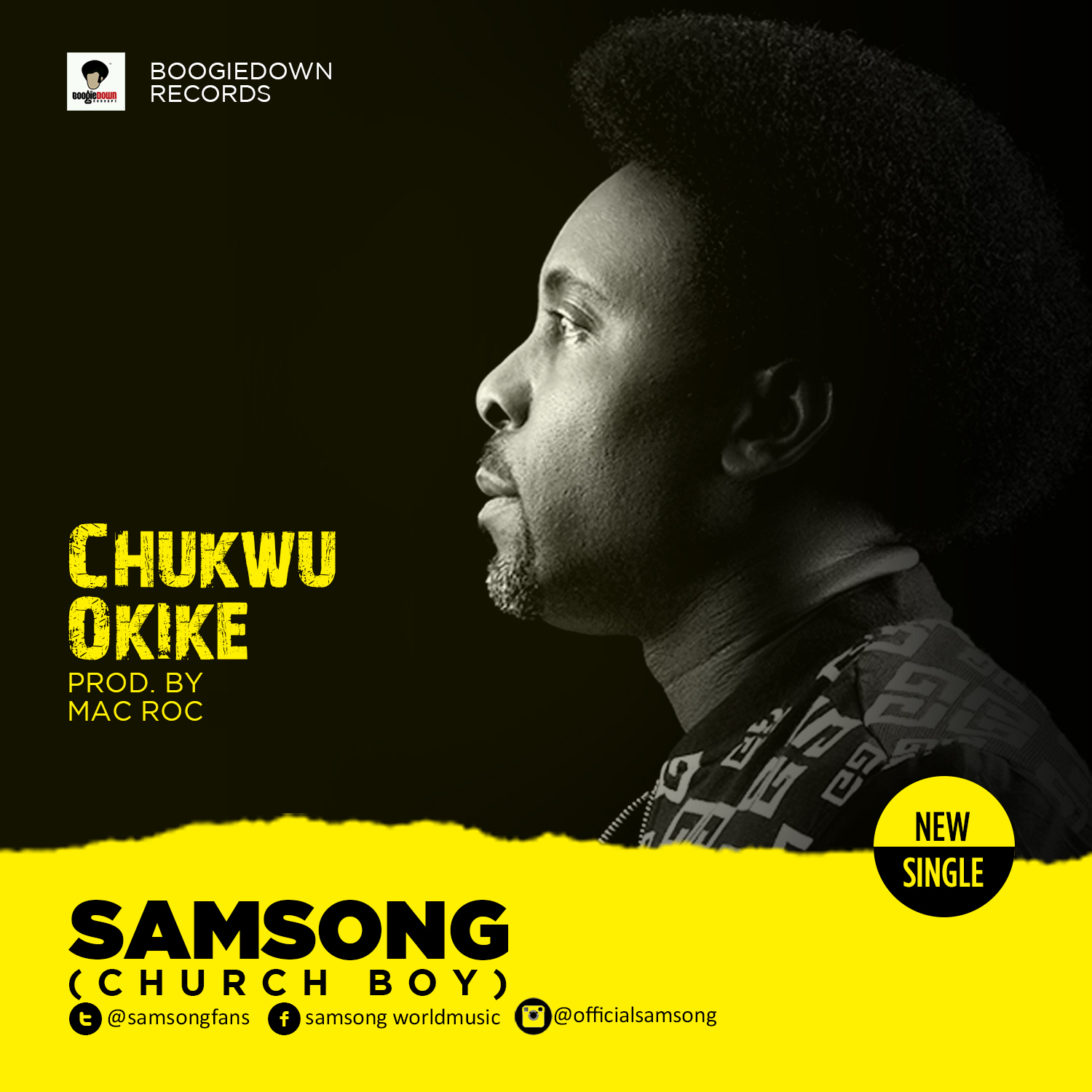 Earlier in the year, Samsong (Churchboy) released one of the most anticipated single to usher us into the year titled Ekele. The song gained positive reviews. He followed up the single with the visual to his hit single of 2015 Turn Me Around. He has returned with another masterpiece titled Chukwu Okike a soft rock and a  beautifully worship song crafted by MacRoc.

Chukwu Okike is a song of appreciation that speaks of God’s wondrous works beautifully delivered in his usual vocal dexterity. The single is from his forthcoming Worship Album scheduled for release in June.  If you are ready to for a shift in worship, there you have it.