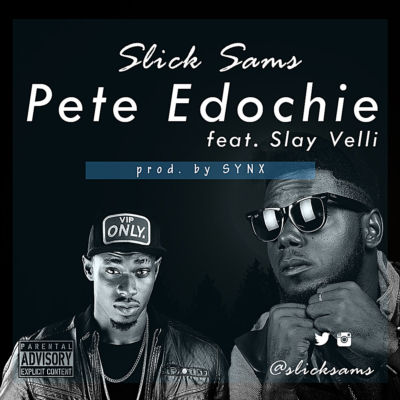 Young rapper who goes by the name SlickSams, and was one of the four finalists of Rhythm FM’s freestyle fury competition held last year where Vector broke the record for the longest freestyle, drops his highly anticipated debut single titled “Pete Edochie“.

The song also features next rated star, Slay whose video for his latest single Dishanku, is slowly taking over the air waves. The song “Pete Edochie” which bares the title of Nollywood veteran is a very solid tune with creative lyricism and a breathtaking instrumental produced by SynX. This is that hustler’s anthem you will like to go out to in your fancy car.

Hit the download button, press play and watch this tune grow on you.