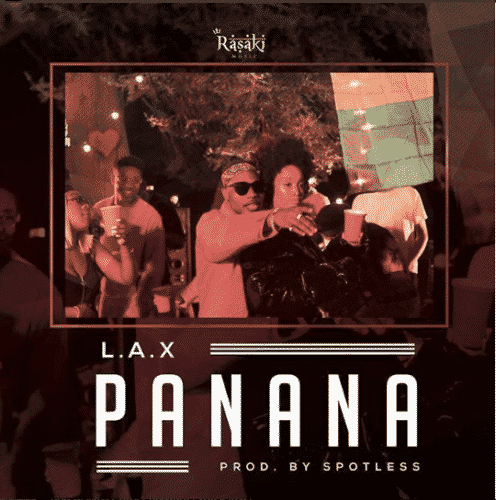 After dropping hit singles Run Away, Gbefun, Gwara Gwara amongst others and reaching well in excess of 50,000,000 streams, L.A.X releases hit single ‘Panana’, Produced by Spotless.

L.A.X spent much of 2017 in different categories on Apple Music as well as featuring on Spotify playlists. Celebrated for his dynamic approach to Afrobeatz, L.A.X debuted on the Apple Music chart as well as charting internationally across Europe. L.A.X has been performing shows ever since and shared the stage with the likes of Wizkid, Wande Coal, Davido, Tiwa Savage to name a few.

L.A.X has also garnered praise for his energetic live performance, played across both Digital and FM radio, including ‘BBC,’ whilst attracting attention from London with The Beat LND 103.6. In a recent feature on ‘Fader’ his song was described as ‘a steady and seductive afrobeats anthem’.

This is just the beginning for Rasaki Music frontline act L.A.X as he has entered realms and territories fans may have not heard, gliding effortlessly over various different sounds including Kwaito, Afro pop and house beats.

‘Panana’ is an eclectic array of interchanging vocal lines on different sounds while epitomizing that Afrobeatz sound.

Before you gimme the smoke o

Me I dey high for you (skibo)

And if you gimme your heart o

Me I go Panana for you o