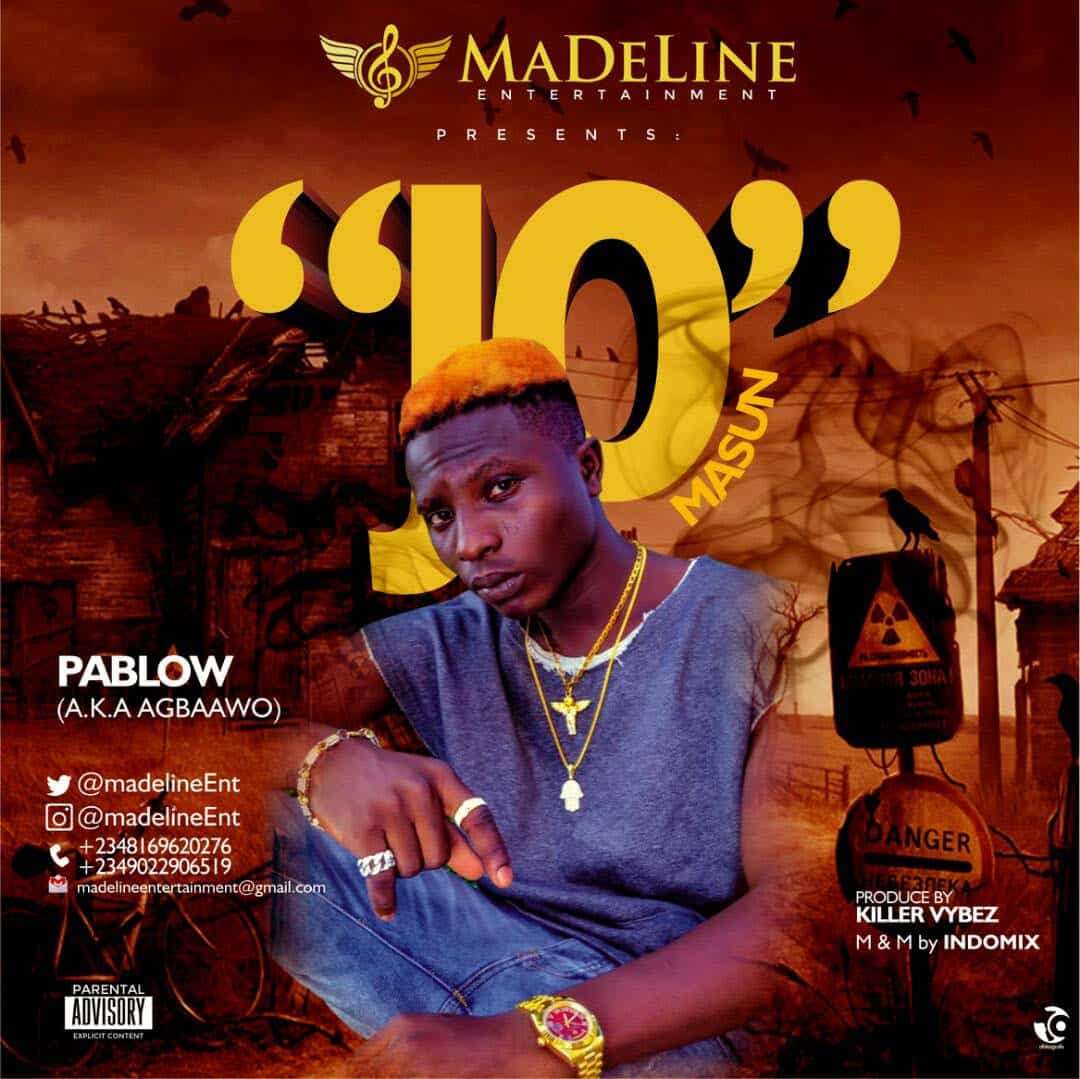 Pablow is currently signed under Madeline Entertainment, The singer continues to thrill music lovers with his versatility, ‘Jo Masun’ is a Shaku Shaku vibe produced by Killer Vybez, mixed and mastered by Indomix.

Pablow Agbaawo whose real names are Adegbite Afeez Olanrewaju Olamilekan is an aspiring Afro Pop singer, Rapper and also a...