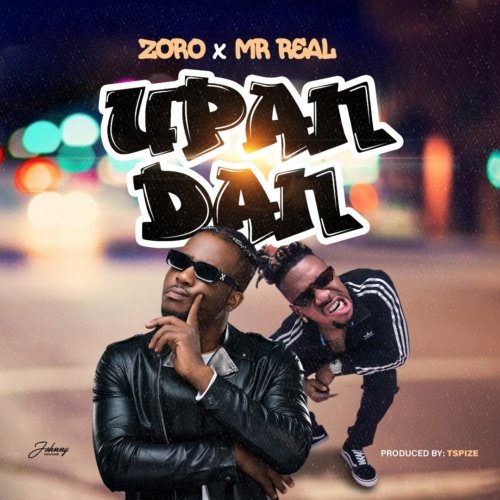 I think it’s safe to say Zoro is Nigeria’s Shatta Wale as he keeps churning records out consecutively. Zoro puts out his last song for the week titled “Upandan” which is quite a groovy one with production by Tspize.

On this new record, he features “Legbegbe” crooner, Mr. Real and from all indications, this song might just be the next biggest song in the industry.

“Upandan” comes shortly after the release of “One On One”.  This is the fourth musical release from the rapper in the space of 4 weeks, hopefully this strategy from the rapper might just pan out well.