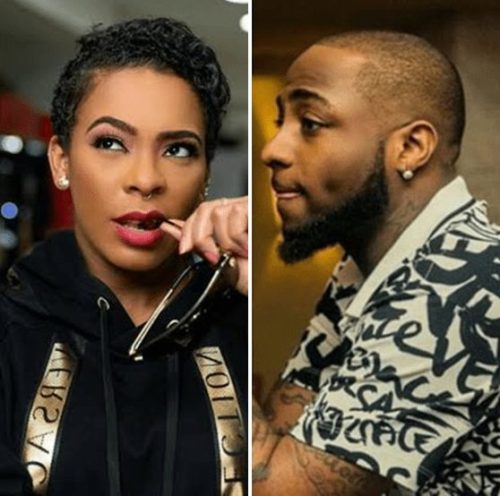 Remember we brought you news last week about ex-Big Brother Naija housemate; T-boss, calling out Davido for arresting the girls that accused him wrongly of being responsible for a certain pregnancy which turned out to be fake. We also brought you news of how Davido and his older brother responded to T-boss’ shade.

T-boss however after her video calling out Davido has tendered an apology to the music superstar. She took to her Instagram to reveal she was misinformed about the whole situation and didn’t meant to target Davido intentionally.

She wrote; “I made a mistake last week. I wasn’t properly informed about the whole situation, apparently i was only fed a distorted version of the story thereby making a misinformed conclusion * for that i sincerely apologize.

“I apologize to those who were involved as it came off as if i was taking shots at you which i promise wasn’t the case at all.Once again, i was wrong and i am sorry.”