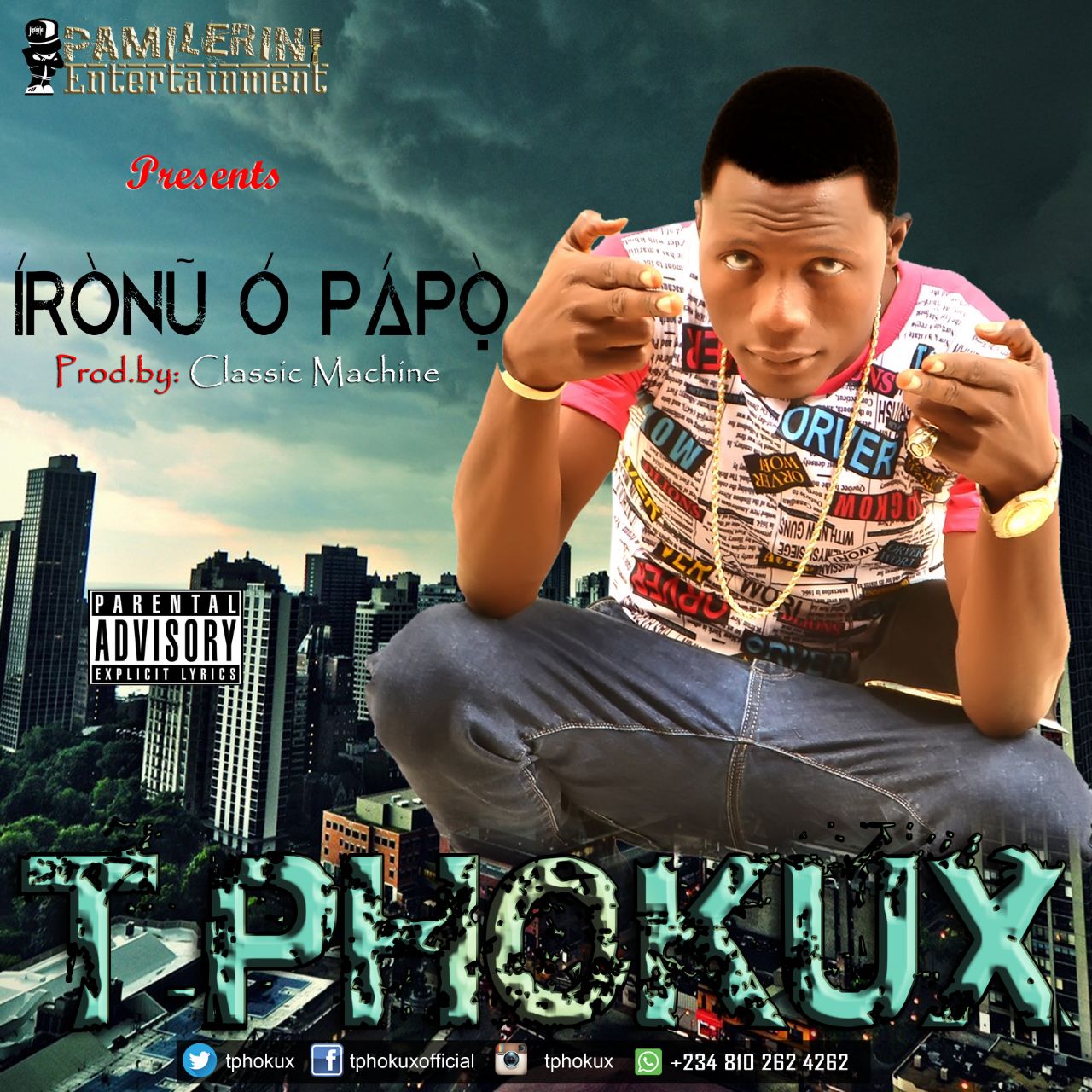 Ajayi Oluwatemitope nicknamed T Phokux is one of the fastest rising indigenous rapper and singer.
T-Phokux who started his music career at age 14, released his first single, Motigbowo in 2008 after featuring in different songs. He further released another titled Kolo in 2015.
His latest hit Ironu O Papo hits the airwaves in 2016, It is expected to perform even better in the coming days, T Phokux’ Manager said.
T Phokux shares inspiration from his stage name, which he got from a studio while focusing on restoration of power after a blackout.