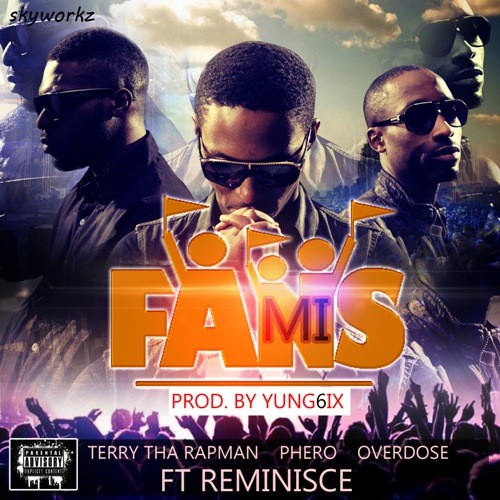 The trio of Terry Tha Rapman, OD and Pherowshuz are back with a song they are bold to claim as the Hip Hop collaboration of the year. Their new single from the forthcoming B.A.N.S project is titled ‘Fans Mi’ featuring Reminisce and produced by Yung 6ix (Yes you read that right!).

‘Fans Mi’ is a strong rap record that features a dope hook and verse from Reminisce. Terry Tha Rapman, OD and Pherowshuz also drop one of the hottest verses of their stellar careers. Yung 6ix who is one of Nigeria’s budding and talented rappers comes up with a sick beat that shows that he has more to offer.

Just listen to this amazing single and let it rock your speakers. Hip Hop is under new management. B.A.N.S