The First Time I Saw You, I Knew You Were The One – Davido’s Brother; Chairman, Gushes Over Fiancee 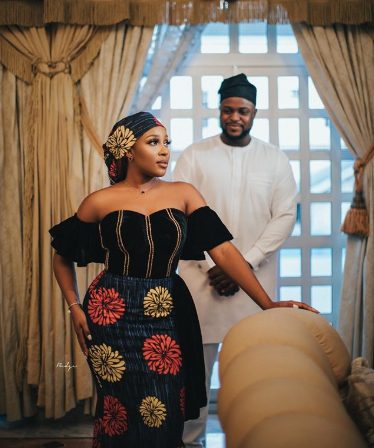 Davido’s elder brother; Adewale Adeleke is currently in love and making plans to leave bachelorhood and get married to the love of his life next year.

The handsome big-bodily built young man has taken to his Instagram page to post a pre-wedding photo picture of himself and his wife-to-be with a caption that oozes an expression of overwhelming love and affection for his soon-to-be better half.

2020 is looking like a year of total marital celebrations for the Adeleke family as two of the boys of the family look like settling down next year. Davido would probably follow suit with his wedding with Chioma after Adewale’s with his fiancee, Kani. Enough jollof rice for all of us to eat, probably!

The first time I saw you, I knew you were the one??? #Adekani

“The First Time I Saw You, I Knew You Were The One – Davido’s Brother; Chairman, Gushes Over Fiancee”, 5 out of 5 based on 1 ratings.