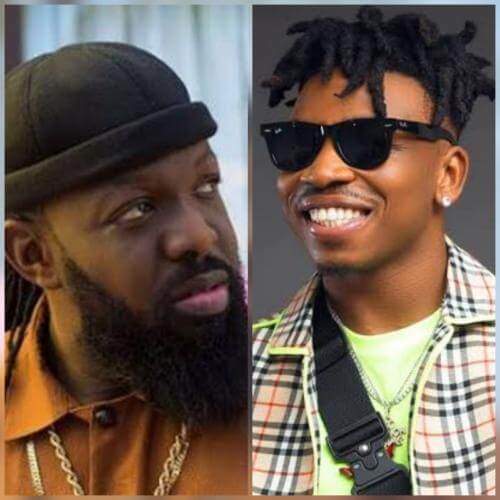 2019 has not really delivered in terms of awesome music and hits, out of the many songs that have been released already, it’s just a few that have really been convincing.

However, works have not been stopped as different heavy-weight artistes have been seen working together as well as individually in studios to make sure they have a banger available for music fans. The latest artistes we have seen putting in works  is dance-hall monster; Timaya and DMW star; Mayorkun.

A video has surfaced on the internet showing the two at a place which appears to be Timaya’s studio working together on a new song. DMW’s in-house producer; FreshVDM  was also spotted with them.

Who is excited for a Timaya & Mayorkun song?

“Timaya & Mayorkun In Studio Working Together On New Song || Watch Video”, 5 out of 5 based on 2 ratings.