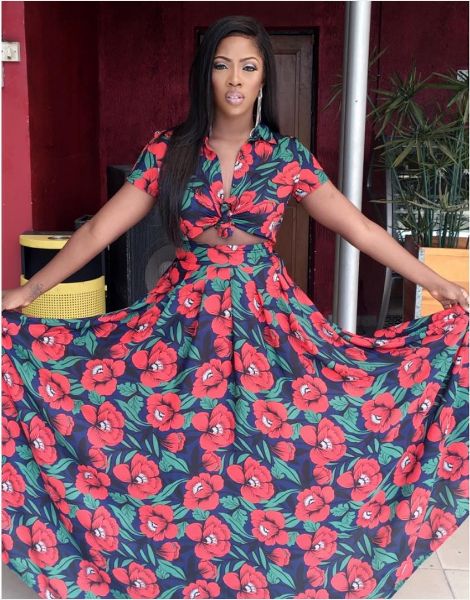 Singer Tiwa Savage, was recently interviewed on Apple Music Beats 1 Radio, where she touched on so many topics to include her latest deal with Jay Z’s Roc Nation.

Tiwa, who recently inked an international management deal, with rapper Jay Z’s, Roc Nation, sat down with OAP, Ebro Darden, for the interview, where she shared her views on African music and it’s current status globally.

When we speak of Africa, we have to always remember that it is a continent. And so you have South Africa, East Africa, West Africa, North Africa, and it’s just a huge continent with different cultures, and different languages. So right now, the prominent music out of Africa seems to be Afrobeat or Afropop (depending on what you want to call it). Essentially it’s just music with African elements. Whether it be the rhythm, or maybe the native language. As long as you can have one or two of those, then it tends to be associated with Africa.

Africans love to dance, it’s so rhythm based. It’s very very heavy with drums, basslines as well. I think everybody essentially, we all have an element of it, but we are all influenced by the muic coming out of America, we are influenced by Hip-Hop, we are influenced by Soul Music, R&B, and I think that is the beauty of it; Blending both markets together. So when you say African-American, truly, that’s where it should be, between the African and the American world, just blending both together.

On her songwriting deal with Sony Music:

I grew up in the UK as well, and it wasn’t cool to be African. I used to be bullied and stuff. When you go to clubs in Africa, they would play Hip-hop 90%, and maybe 10% African music. Now it is literally the other way round, so it’s a great thing that Africans in the diaspora are listening to African music.

I have been recording music for 8 years, I am signed to Sony/ATV as well, so I wrote a couple of records out here, so I co-wrote ‘A couple of forevers’ for Chrisette Michelle, ‘Collard & Greens’ for Fantazia. So I have been writing for a long time.  Now I am focused on Afrobeat.

The beautiful thing is, when American artistes come to Africa, and you know English isn’t our first language, but you see people reciting the lyrics to Jay Z songs, and it’s a feeling, they might not even understand what the whole thing is. But it wouldn’t be able to happen in reverse. There shouldn’t be a barrier just because you don’t understand what Mafikizolo is saying or Tiwa is saying. Music is an emotion, and I am really happy that you guys are putting that light on, now that we have the spotlight to show the world what we can really do. 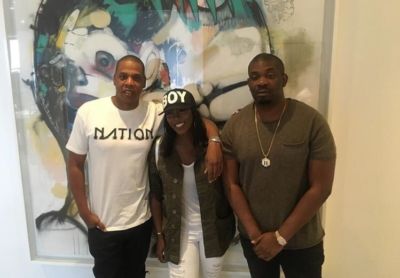 On her new deal with Roc Nation:

I met B High (Jay Z’s cousin, and Roc Nation chief of mobile strategies), I got a call, and he mentioned it and I (makes a skeptical sound)…He was serious. I don’t know if it you’ve ever met him, but he is serious.  And I love the fact that they are not trying to change me. They really just want to bring what I already have to offer to the rest of the world, and they truly believe in the movement. So yeah, I’m really excited about it.

The reason why we did not really make too much noise about it is because a lot of people come over from Africa and they say they’ve got this deal and that deal, and then nothing happens. We just wanted to do it the proper way, get it official. I didn’t want to do that to my people. I wanted them to really believe that it was really happening, so we wanted to wait for the right time, and the time is now.