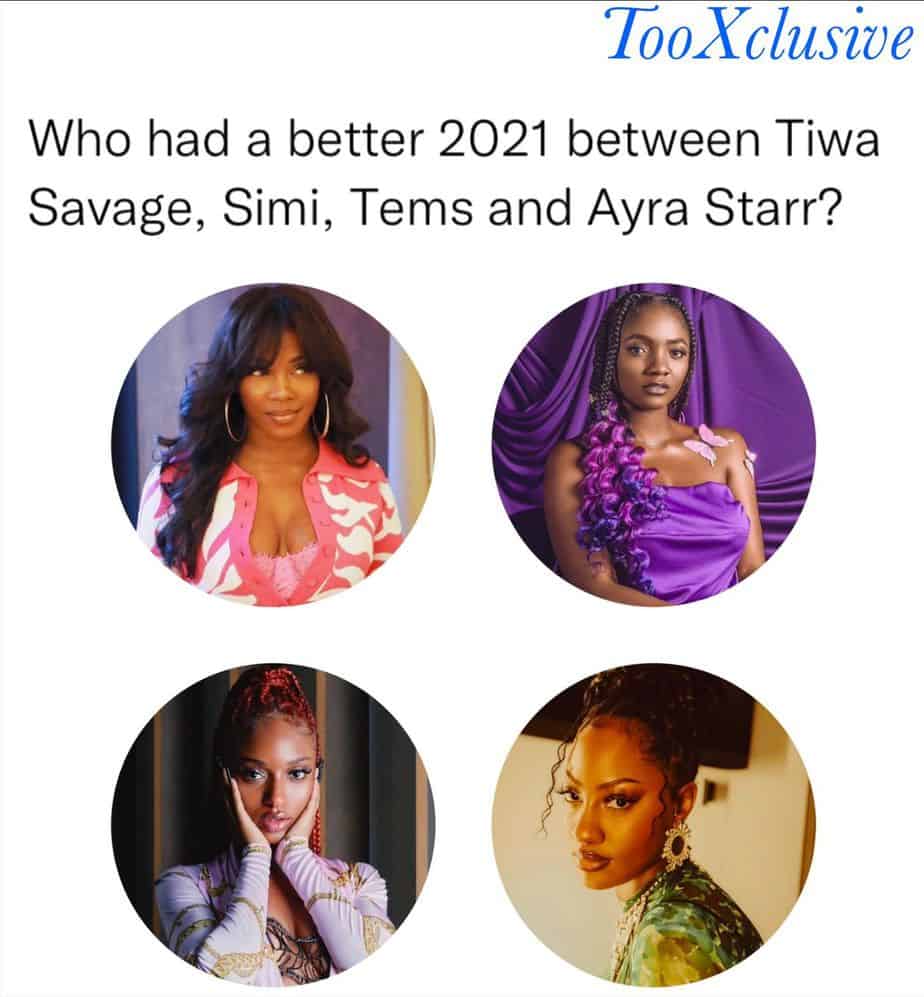 2021 has being a fantastic year, not only for the Nigerian Male artists but also the female. This year A new female kid was introduced, an existing artist went global and the prominent ones kept it topnotch.

The outstanding female artists we placing focus on for this article are; Tiwa Savage, Simi, Tems and Ayra Starr.

Tiwa Savage blessed us with lovely music videos alongside an impressive EP titled ‘Water & Garri‘, which house the hit record ‘Somebody’s Son‘ featuring Brandy. Simi on the other hand dropped fire collaborations; ‘Running‘ (Chike) and ‘So Bad‘ (Joeboy) among others.

Try Me crooner, Tems went global this year for her collaborative effort on Wizkid’s mega hit track ‘Essence‘. She featured on Drake’s 2021 album and released an exceptional EP titled ‘If Orange Was A Place’.

Lastly the music industry welcomed a new female named Ayra Starr, she was introduced by Mavin with her self titled debut EP. Off the EP, ‘AWAY‘ became an instant hit! Ayra Starr followed up the success with another outstanding single titled ‘Bloody Samaritan‘ and finally the debut album – ‘19 and Dangerous‘.

Think of this like a report card you take home after every term or session, Who Do You Think Had A Better Year 2021… TIWA SAVAGE, SIMI, TEMS or AYRA STARR?

Do Drop your opinions in the comment section below;