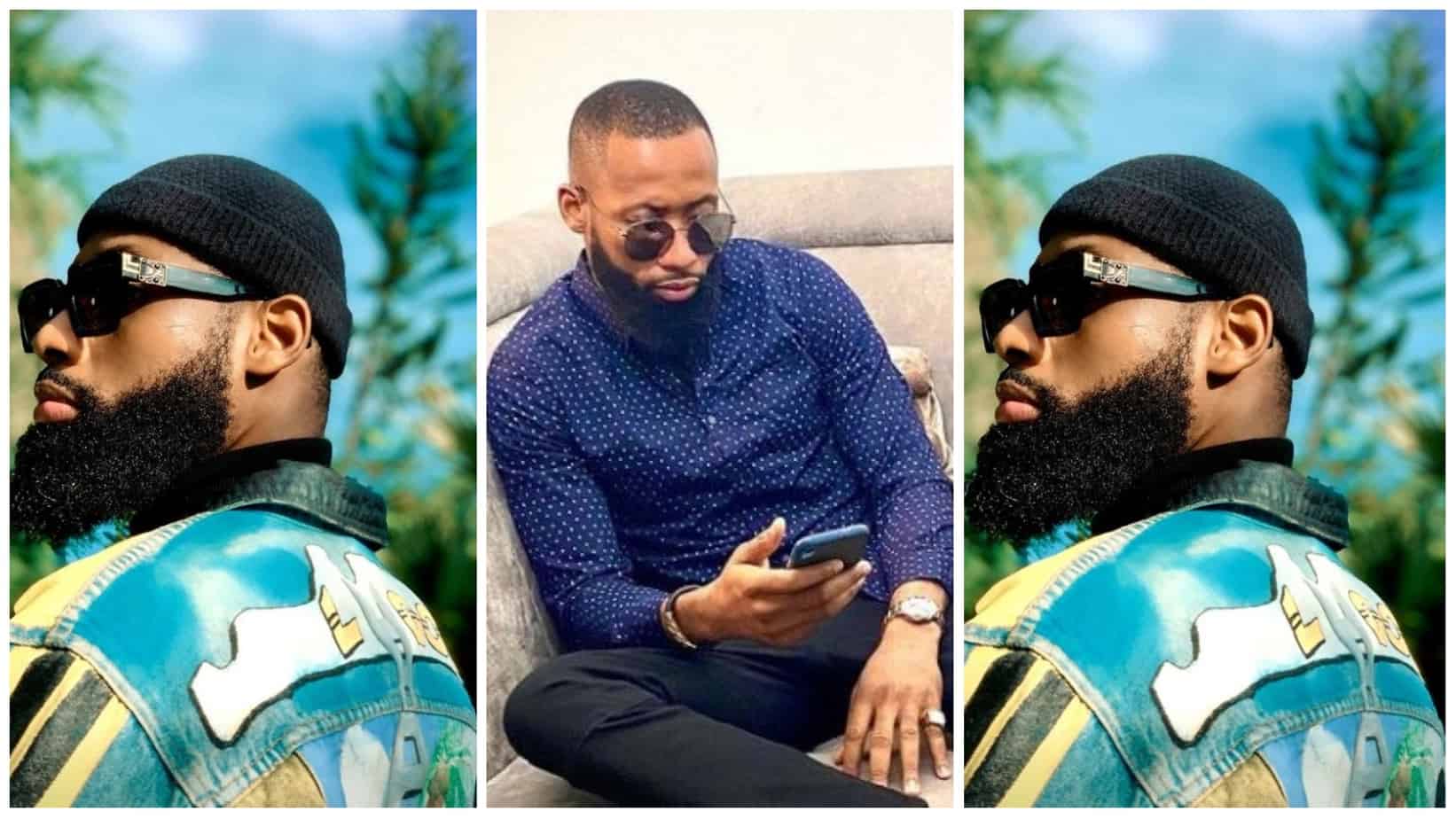 This comes after his finance, Chioma shared a cryptic message on her Insta-story. The message goes along the lines of someone trying to use her for attention and clout and netizens are wondering who she is referring to.

In her words; There’s so much more to life than the attention/validation that you seek ao much for from the outside world…but it’s not me that’s gonna be used to trend…everybody rest IJN.

You will recall that we earlier reported that Tochi got down on one knee to ask Chioma’s hand in marriage on Sunday night in a private gathering somewhere in Lagos. 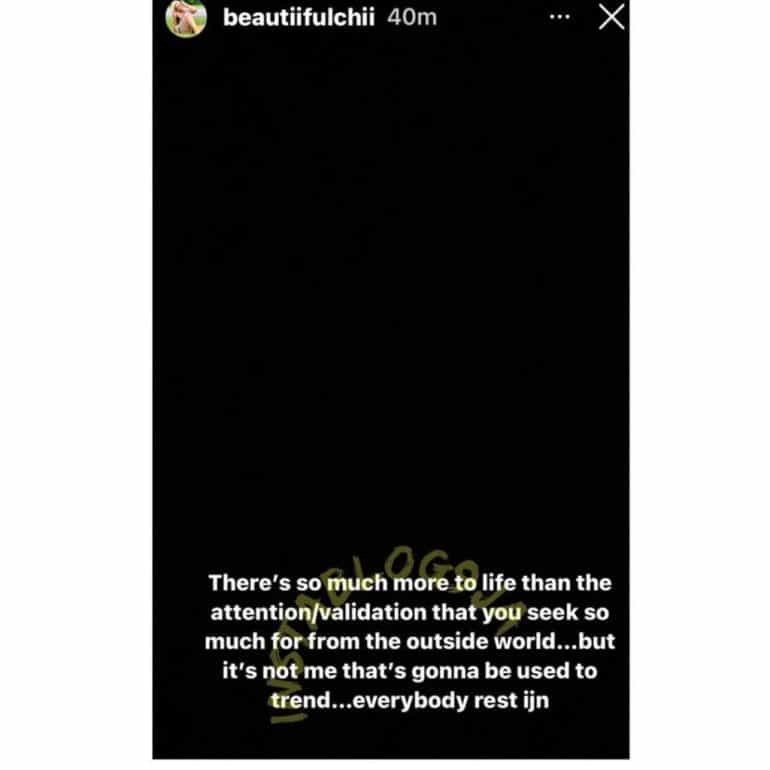 Currently, it is not clear the status of their relationship as social media users hope she doesn’t end things with Tochi following their engagment.

“We Have A Wedding To Plan” – Tochi Writes As He Proposes To Girlfriend, Chioma