Tolani Otedola Shares Her Dream As An Akara Seller 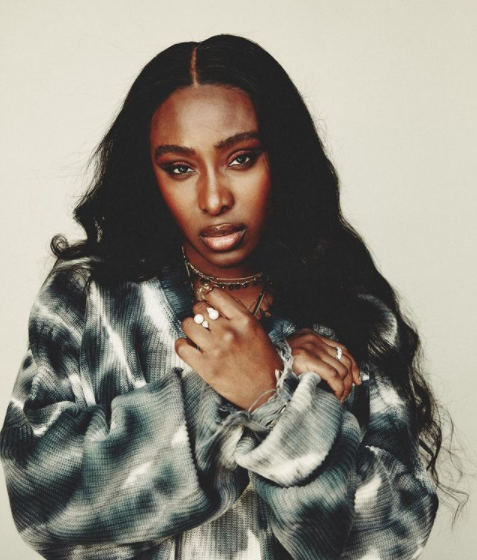 Nigerian singer and Songwriter, Tolani Otedola shook fans after she sharing a part of her subconscious thoughts.

In a post sighted on her IG page, the billionaire daughter narrated an interesting dream where she was selling beans cake, popularly known as Akara. According to Tolani, she was in a KFC-inspired food joint, wearing a uniform, and happily making Akara to sell to her rich customers.

Speaking on what goes on in la-la land, Tolani disclosed that her dreams have always been wild but she was completely blown by this one and has taken to Twitter to seek help. 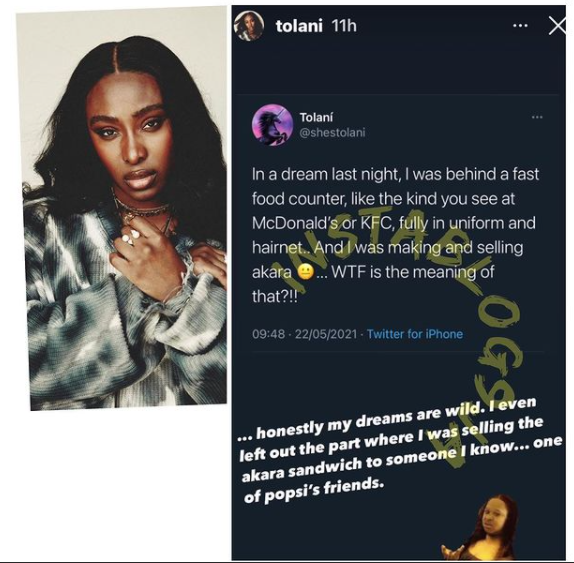 Netizens immediately reacted to Tolani’s post. Many wondered while Femi Otedola’s daughter will be having such dreams, while others linked her dream to her father’s connections after she revealed that her customers were her father’s billionaire friends.

In a dream last night, I was behind a fast food counter, like the kind you see at McDonald’s or KFC, fully in uniform and hairnet.. And I was making and selling akara ?… WTF is the meaning of that?!!