Tory Lanez Charged With Shooting Megan The Stallion, Could Face Up To 22 Years In Prison 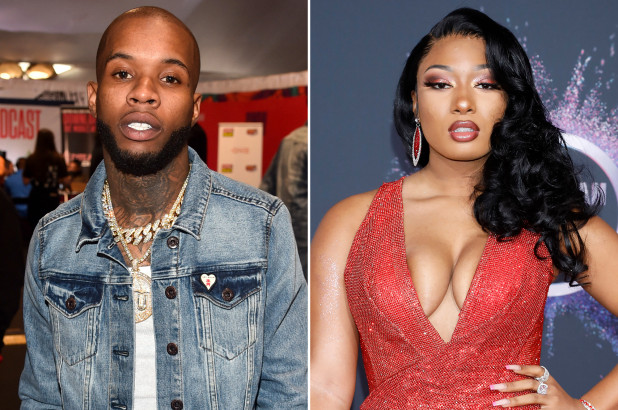 Canadian rapper Tory Lanez has been charged for shooting rapper Megan Thee Stallion in the foot.

It would be recalled that the pair got into an argument after going to a party and as Megan went to leave the car, Lanez shot “several times” at her feet, prosecutors claim. Megan spoke about the alleged incident in an Instagram video, saying she was “extremely grateful to be alive” and describing it as a “traumatic night“. Tory reacted stating that he never shot her in the leg and accused her of spreading false stories of what truly happened that night.

Well, the rapper according to reports has been hit with one count of assault with a semiautomatic firearm, and one count of carrying a loaded, unregistered firearm in a vehicle and inflicting great bodily injury. His arraignment will take place on the 13th of October and prosecutors say he faces a maximum sentence of 22 years and eight months in prison if convicted.