Previous: There Is Nothing Good About Being An Entrepreneur, It’s Stressful & Time Wasting – SA Rapper; Cassper Nyovest
By Taiwo Oluwafemi | Nov 8, 2019 | 13:35 - Leave A Comment 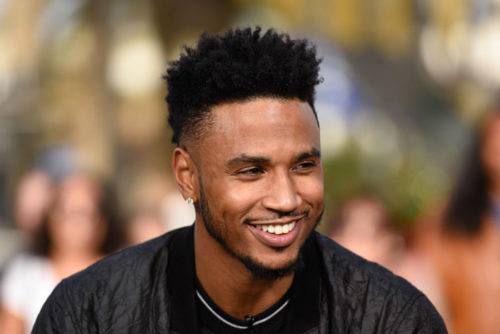 American singer; Trey Songz, has decided to weigh in on the viral topic that arose as a result of the last episode of the grand finale season of 50 Cent’s TV series, “Power.”

The singer who already was a major topic as a result of this series after the filmakers dropped the former theme of the series to a more modern one which he sang has now made a revelation that every follower of the series finds very important and necessary to know at this point in time.

In the last episode of the series that was aired this past weekend, the major character and most popular role player of the series (Ghost) got shot. This has got everyone in some real suspense as they have been trying their possible best to know who was behind the pulling of the trigger. A lot of people have made predictions here and there without no precision being arrived at.

Meanwhile, Trey Songz decided to help cure people’s curiosity by letting them in on who he thinks shot Ghost. His opinion however wasn’t the best as it probably could have upset some people who might feel he is taking them for a fool, some people would understand though as they know he was only trying to be humorous.

Trey Songz took to his Instagram Story to write; “So yea i had to shoot the boy Ghost because y’all was on some sh!t with me.”

#TreySongz said he didn’t forget y’all was actin’ up with him after that new #Power theme song ?? #HeHadToDoWhatHeHadToDo