Twitter User Slams DJ Cuppy For Having Brown Teeth Instead Of White, Tells Her To Go For Surgery 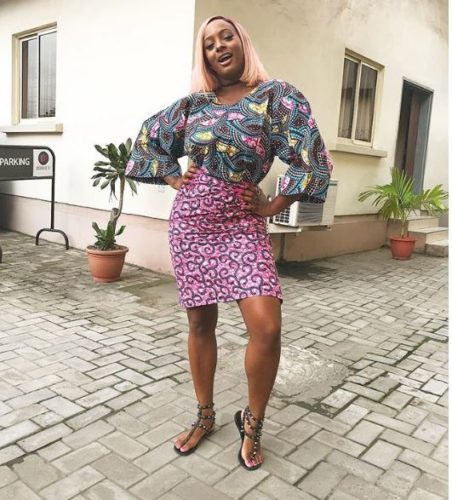 DJ Cuppy has never been strange to jibes and ridicule from internet bullies and progress-fighters, and just yet again she falls victim of another.

The disc-jockey and singer took to her social media pages to post a picture of herself given a weird look which had to expose almost all sets of her 32 teeth.

On seeing the picture, a certain Twitter user then saw it as an opportunity to troll the DJ as he reveals she has a brown teeth. He also questioned why the artiste despite all her wealth and riches hasn’t gone for a teeth whitening procedure which he feels would not cost too much. He then concludes that the DJ must be a stingy person to leave her teeth in that brownish condition.

“Dear DJ Cuppy, I don’t mean to be rude, but teeth whitening procedure can never cost up to 1 million naira . I’m sure it will even cost lesser abroad. You are a multi millionaire and a figure, you need the white teeth and you can afford it and you can afford it. Don’t be stingy please. Thanks. Love you,” he wrote. 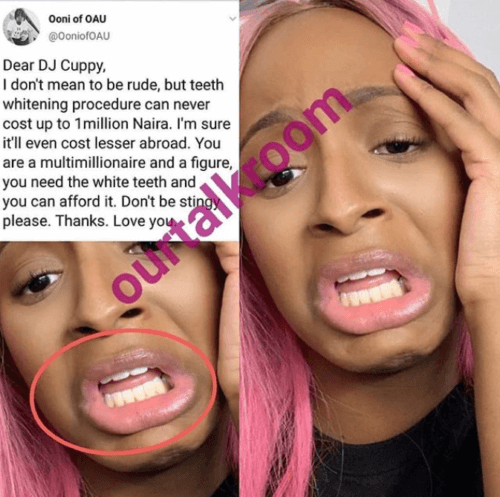 What do you think of this user? Does he have a point?

“Twitter User Slams DJ Cuppy For Having Brown Teeth Instead Of White, Tells Her To Go For Surgery”, 5 out of 5 based on 1 ratings.