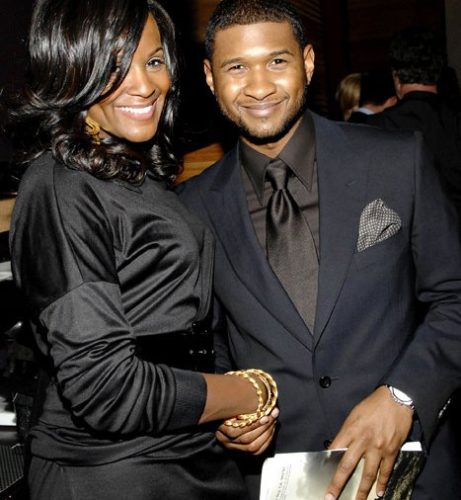 Usher and Tameka Foster were married for only 2 years, (2007 to 2009) and share two sons together.  However, Foster set out to clear up some misconceptions that have built up over the years.

It is no longer news that Usher and girlfriend, Jennifer Goicoechea are preparing for the arrival of their 2nd child together, Foster has come forward to give an account of what being married to the music legend was like.

After being unmarried for 2 years, Usher and Foster made headlines over custody of their child. They both testified against one another in court as they told accusations, and following their split, they’ve clearly moved on. Now, they are happily co-parenting as the family expands.

After several years of contemplating writing about her life, she decided to write a book after having a conversation with three women on a beach in Bali, a press release reads, according to AceShowbiz. As they spoke, they learned who Raymond’s ex-husband was and they were insistent there was no way she could be who she said she was because his wife had died.

They were referring to her near-death experience in Brazil, which has been grossly misreported in the media. After that hilarious and memorable conversation on the beach, Raymond knew she had to write a book. It was time to clear up all the rumors and outright lies about her fashion career, her marriage, and her parenting.