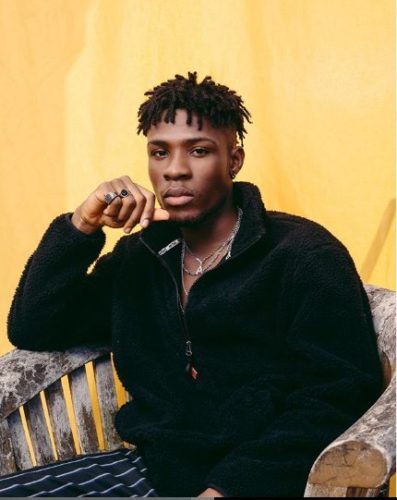 A music video director called Lagacyfilmsng has called out Empawa artiste, Joeboy for allegedly taking his idea without giving him credit.

The director took to his Instagram page to call the singer out for using his idea in his latest single “Call”  without giving him credit. According to him, they met at the airport in January and had a conversation while watching the trailer of a movie titled “Holmes Magician”. The director added that he was the one that inspired the singer to do a movie type music video trailer but he wasn’t given credit.

He wrote: “@joeboyofficial nice one on your music video but u didn’t give credit to who inspired you to do a movie type music video trailer. I ran into you at the airport in January and we watched holmes magician video trailer together. Cute(in Sarz voice) but my video was better” 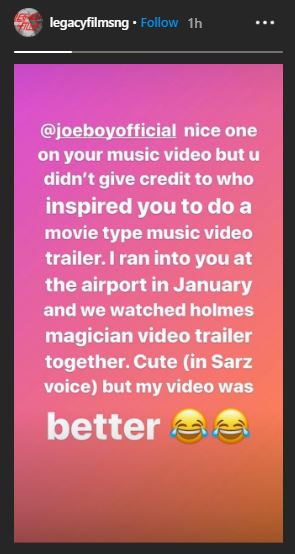