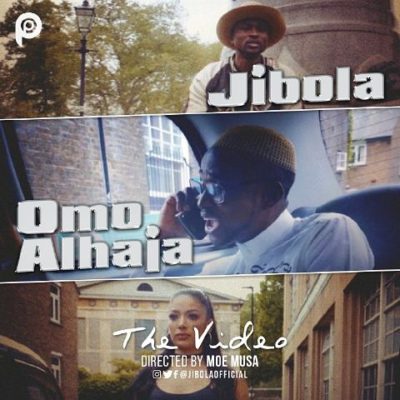 Uk based Nigerian artist Jibola after carving his solid name and music image and never disappointing his fans always,now.

After the success of his latest Ep Title Vibe To Five with 5 sizzling hit tracks  which went viral and gained numerous airplay all over the world and also the NO 1 track OMo Alhaja on the EP currently went on various Tv Station across the nation enjoying trains of TV Rotation on various Top most voted play list, now he has officially released and blessed us with The visual to The No 1 Track from the Ep Titled OMO ALHAJA ,Which was premiered on World renowned No 1 TV station worldwide MTV BASE and its currently being played non stop  and on ever Top TV station all over.

The video was shot in London United Kingdom and was directed by the award winning savvy Director Moe Musa one of the best names in Video Directing, this scene in this video will captivate your mind body and soul as Jibola played a very interesting part featuring part talking about a female boasting of what she has and living a fake life with men  looking to use men for money this female was played by a very sexy and eye catching female ,enjoy the rest and watch OMO ALHAJA VIDEO BY JIBOLA.